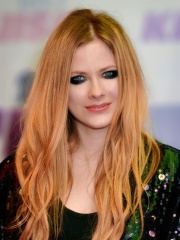 Avril Ramona Lavigne ( AV-ril lə-VEEN, French: [avʁil laviɲ]; born September 27, 1984) is a Canadian singer, songwriter, and actress. By the age of 15, she had appeared on stage with Shania Twain, and by 16, she had signed a two-album recording contract with Arista Records worth more than $2 million. Lavigne's debut studio album, Let Go (2002) included singles "Complicated" and "Sk8er Boi", which emphasized a skate punk persona and earned her the title "Pop Punk Queen" from music publications. Read more on Wikipedia

Since 2007, the English Wikipedia page of Avril Lavigne has received more than 15,319,548 page views. Her biography is available in 115 different languages on Wikipedia making her the 260th most popular musician.