This page contains a list of the greatest Syrian Writers. The pantheon dataset contains 5,755 Writers, 23 of which were born in Syria. This makes Syria the birth place of the 45th most number of Writers behind Belarus and Estonia.

The following people are considered by Pantheon to be the top 10 most legendary Syrian Writers of all time. This list of famous Syrian Writers is sorted by HPI (Historical Popularity Index), a metric that aggregates information on a biography’s online popularity. Visit the rankings page to view the entire list of Syrian Writers. 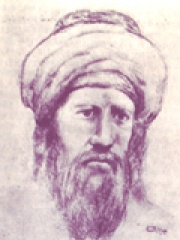 With an HPI of 66.37, Al-Maʿarri is the most famous Syrian Writer.  His biography has been translated into 47 different languages on wikipedia.

Abū al-ʿAlāʾ al-Maʿarrī (Arabic: أبو العلاء المعري, full name أبو العلاء أحمد بن عبد الله بن سليمان التنوخي المعري Abū al-ʿAlāʾ Aḥmad ibn ʿAbd Allāh ibn Sulaymān al-Tanūkhī al-Maʿarrī, also known under his Latin name Abulola Moarrensis; December 973 – May 1057) was an Arab philosopher, poet, and writer. Despite holding a controversially irreligious worldview, he is regarded as one of the greatest classical Arabic poets.Born in the city of al-Ma'arra (present-day Ma'arrat al-Nu'man, Syria) during the later Abbasid era, he became blind at a young age from smallpox but nonetheless studied in nearby Aleppo, then in Tripoli and Antioch. Producing popular poems in Baghdad, he refused to sell his texts. In 1010, he returned to Syria after his mother began declining in health, and continued writing which gained him local respect. Described as a "pessimistic freethinker", al-Ma'arri was a controversial rationalist of his time, citing reason as the chief source of truth and divine revelation. He was pessimistic about life, describing himself as "a double prisoner" of blindness and isolation. He attacked religious dogmas and practices, was equally critical and sarcastic about Judaism, Christianity, Islam and Zoroastrianism, and became a deist. He advocated social justice and lived a secluded, ascetic lifestyle. He was a vegan, known in his time as moral vegetarian, entreating: "do not desire as food the flesh of slaughtered animals / Or the white milk of mothers who intended its pure draught for their young". Al-Ma'arri held an antinatalist outlook, in line with his general pessimism, suggesting that children should not be born to spare them of the pains and suffering of life.Al-Ma'arri wrote three main works that were popular in his time: The Tinder Spark, Unnecessary Necessity, and The Epistle of Forgiveness. Al-Ma'arri never married and died at the age of 83 in the city where he was born, Ma'arrat al-Nu'man. In 2013, a statue of al-Ma'arri located in his Syrian hometown was beheaded by jihadists from the al-Nusra Front. 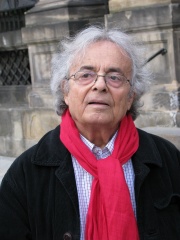 With an HPI of 63.09, Adunis is the 2nd most famous Syrian Writer.  His biography has been translated into 45 different languages.

Ali Ahmad Said Esber (Arabic: علي أحمد سعيد إسبر, North Levantine: Arabic pronunciation: [ˈʕali ˈʔaħmad saˈʕiːd ˈʔesbeɾ]; born 1 January 1930), also known by the pen name Adonis or Adunis (Arabic: أدونيس Arabic pronunciation: [ʔadoːˈniːs]), is a Syrian poet, essayist and translator. He led a modernist revolution in the second half of the 20th century, "exerting a seismic influence" on Arabic poetry comparable to T.S. Eliot's in the anglophone world.Adonis's publications include twenty volumes of poetry and thirteen of criticism. His dozen books of translation to Arabic include the poetry of Saint-John Perse and Yves Bonnefoy, and the first complete Arabic translation of Ovid's "Metamorphoses" (2002). His multi-volume anthology of Arabic poetry ("Dīwān ash-shi'r al-'arabī"), covering almost two millennia of verse, has been in print since its publication in 1964. A perennial contender for the Nobel Prize in Literature, Adonis has been described as the greatest living poet of the Arab world. 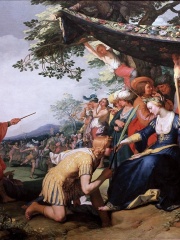 With an HPI of 62.47, Heliodorus of Emesa is the 3rd most famous Syrian Writer.  His biography has been translated into 29 different languages.

Heliodorus Emesenus or Heliodorus of Emesa (Ancient Greek: Ἡλιόδωρος ὁ Ἐμεσηνός) is the author of the ancient Greek novel called the Aethiopica (Αἰθιοπικά) or Theagenes and Chariclea (Θεαγένης καὶ Χαρίκλεια), which has been dated to the 220s or 370s AD.

With an HPI of 61.63, Herodian is the 4th most famous Syrian Writer.  His biography has been translated into 33 different languages.

Herodian or Herodianus (Greek: Ἡρωδιανός) of Syria, sometimes referred to as "Herodian of Antioch" (c. 170 – c. 240), was a minor Roman civil servant who wrote a colourful history in Greek titled History of the Empire from the Death of Marcus (τῆς μετὰ Μάρκον βασιλείας ἱστορία) in eight books covering the years 180 to 238. His work is not entirely reliable although his less biased account of Elagabalus is more useful than that of Cassius Dio. Herodian himself may have been a Syrian (perhaps from Antioch) who appears to have lived for a considerable period of time in Rome, but possibly without holding any public office. From his extant work, we gather that he was still living at an advanced age during the reign of Gordianus III, who ascended the throne in 238. Beyond this, nothing is known of his life. Herodian writes (1.1.3; 2.15.7) that the events described in his history occurred during his lifetime. Photius (Codex 99) gives an outline of the contents of this work and passes a flattering encomium on the style of Herodian, which he describes as clear, vigorous, agreeable, and preserving a happy medium between an utter disregard of art and elegance and a profuse employment of the artifices and prettinesses which were known under the name of Atticism, as well as between boldness and bombast. He appears to have used Thucydides as a model to some extent, both for style and for the general composition of his work, often introducing speeches wholly or in part imaginary. In spite of occasional inaccuracies in chronology and geography, his narrative is in the main truthful and impartial. However, some charge him with showing too great a partiality for Pertinax. 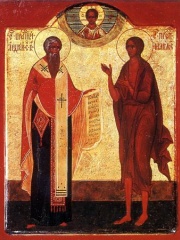 With an HPI of 60.94, Andrew of Crete is the 5th most famous Syrian Writer.  His biography has been translated into 24 different languages.

Andrew of Crete (Greek: Ἀνδρέας Κρήτης, c. 650 – July 4, 712 or 726 or 740), also known as Andrew of Jerusalem, was an 8th-century bishop, theologian, homilist, and hymnographer. He is venerated as a saint in Eastern Orthodoxy and the Catholic Church. 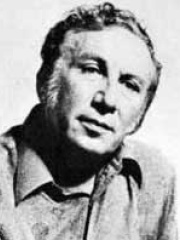 With an HPI of 59.24, Nizar Qabbani is the 6th most famous Syrian Writer.  His biography has been translated into 26 different languages.

Nizar Tawfiq Qabbani (Arabic: نزار توفيق قباني, ALA-LC: Nizār Tawfīq Qabbānī, French: Nizar Kabbani; 21 March 1923 – 30 April 1998) was a Syrian diplomat, poet, writer and publisher. He is considered to be Syria's National Poet. His poetic style combines simplicity and elegance in exploring themes of love, eroticism, religion, and Arab empowerment against foreign imperialism and local dictators. Qabbani is one of the most revered contemporary poets in the Arab world. 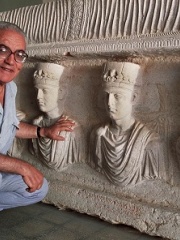 With an HPI of 57.86, Khaled al-Asaad is the 7th most famous Syrian Writer.  His biography has been translated into 32 different languages.

Khaled Mohamad al-Asaad (Arabic: خالد الأسعد, Arabic pronunciation: [ɐlʔæsʕæd], January 1932 – 18 August 2015) was a Syrian archaeologist and the head of antiquities at the ancient city of Palmyra, a UNESCO World Heritage Site. He held this position for over forty years. Al-Asaad was publicly beheaded by the Islamic State of Iraq and Syria (ISIS) on 18 August 2015, at the age of eighty-three.

With an HPI of 57.50, Usama ibn Munqidh is the 8th most famous Syrian Writer.  His biography has been translated into 23 different languages.

Majd ad-Dīn Usāma ibn Murshid ibn ʿAlī ibn Munqidh al-Kināni al-Kalbī (also Usamah, Ousama, etc.; Arabic: مجد الدّين اُسامة ابن مُرشد ابن على ابن مُنقذ الكنانى الكلبى) (4 July 1095 – 17 November 1188) or Ibn Munqidh was a medieval Arab Muslim poet, author, faris (knight), and diplomat from the Banu Munqidh dynasty of Shaizar in northern Syria. His life coincided with the rise of several medieval Muslim dynasties, the arrival of the First Crusade, and the establishment of the crusader states. He was the nephew and potential successor of the emir of Shaizar, but was exiled in 1131 and spent the rest of his life serving other leaders. He was a courtier to the Burids, Zengids, and later Ayyubids in Damascus, serving Zengi, Nur ad-Din, and Saladin over a period of almost fifty years. He also served the Fatimid court in Cairo, as well as the Artuqids in Hisn Kayfa. He travelled extensively in Arab lands, visiting Egypt, Syria, Palestine and along the Tigris River, and went on pilgrimage to Mecca. He often meddled in the politics of the courts in which he served, and he was exiled from both Damascus and Cairo. During and immediately after his life, he was most famous as a poet and adib (a "man of letters"). He wrote many poetry anthologies, such as the Kitab al-'Asa ("Book of the Staff"), Lubab al-Adab ("Kernels of Refinement"), and al-Manazil wa'l-Diyar ("Dwellings and Abodes"), and collections of his own original poetry. In modern times, he is remembered more for his Kitab al-I'tibar ("Book of Learning by Example" or "Book of Contemplation"), which contains lengthy descriptions of the crusaders, whom he interacted with on many occasions, and some of whom he considered friends. Most of his family was killed in an earthquake at Shaizar in 1157. He died in Damascus in 1188, at the age of 93. 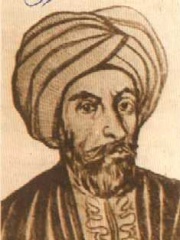 With an HPI of 56.92, Abu Tammam is the 9th most famous Syrian Writer.  His biography has been translated into 31 different languages.

Ḥabīb ibn Aws al-Ṭā’ī (حبيب بن أوس الطائي; ca. 796/807 - 845), better known by his sobriquet Abū Tammām (أبو تمام), was an Arab poet and Muslim convert born to Christian parents. He is best known in literature by his 9th-century compilation of early poems known as the Hamasah, considered one of the greatest anthologies of Arabic literature ever assembled. Hamasah contained 10 books of poems, with 884 poems in total. 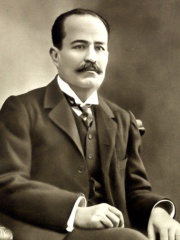 With an HPI of 56.37, Jurji Zaydan is the 10th most famous Syrian Writer.  His biography has been translated into 26 different languages.

Jurji Zaydan (Arabic: جرجي زيدان, ALA-LC: Jurjī Zaydān; December 14, 1861 – July 21, 1914) was a prolific Lebanese novelist, journalist, editor and teacher, most noted for his creation of the magazine Al-Hilal, which he used to serialize his twenty three historical novels. His primary goal, as a writer and intellectual during the Nahda, was to make the common Arabic population know their own history through the entertaining medium of the novel. He has enjoyed a widespread popularity. He is also considered to have been one of the first thinkers to help formulate the theory of Arab nationalism.

Pantheon has 23 people classified as writers born between 170 and 1958. Of these 23, 5 (21.74%) of them are still alive today. The most famous living writers include Adunis, Ghada al-Samman, and Rafik Schami. The most famous deceased writers include Al-Maʿarri, Heliodorus of Emesa, and Herodian. As of April 2022, 2 new writers have been added to Pantheon including Buhturi and Ghada al-Samman.

Which Writers were alive at the same time? This visualization shows the lifespans of the 6 most globally memorable Writers since 1700.