This page contains a list of the greatest Writers. The pantheon dataset contains 5,755 Writers, 23 of which were born in Serbia. This makes Serbia the birth place of the 38th most number of Writers behind Bulgaria and Mexico. 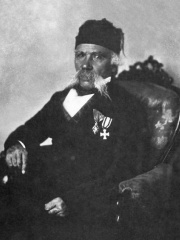 With an HPI of 64.12, Vuk Karadžić is the most famous Writer.  His biography has been translated into 49 different languages on wikipedia.

Vuk Stefanović Karadžić (Serbian Cyrillic: Вук Стефановић Караџић, pronounced [ʋûːk stefǎːnoʋitɕ kâradʒitɕ]; 6 November 1787 (26 October OS) – 7 February 1864) was a Serbian philologist, anthropologist and linguist. He was one of the most important reformers of the modern Serbian language. For his collection and preservation of Serbian folktales, Encyclopædia Britannica labelled him "the father of Serbian folk-literature scholarship." He was also the author of the first Serbian dictionary in the new reformed language. In addition, he translated the New Testament into the reformed form of the Serbian spelling and language.He was well known abroad and familiar to Jacob Grimm, Johann Wolfgang von Goethe and historian Leopold von Ranke. Karadžić was the primary source for Ranke's Die serbische Revolution ("The Serbian Revolution"), written in 1829. 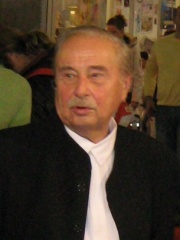 With an HPI of 62.46, Milorad Pavić is the 2nd most famous Writer.  His biography has been translated into 42 different languages.

Milorad Pavić (Serbian Cyrillic: Милорад Павић, pronounced [mîloraːd pǎːʋitɕ]; 15 October 1929 – 30 November 2009) was a Serbian novelist, poet, short story writer, and literary historian. Born in Belgrade in 1929, he published a number of poems, short stories and novels during his lifetime, the most famous of which was the Dictionary of the Khazars (1984). Upon its release, it was hailed as "the first novel of the 21st century." Pavić's works have been translated into more than thirty languages. He was vastly popular in Europe and in South America, and was deemed "one of the most intriguing writers from the beginning of the 21st century." He won numerous prizes in Serbia and in the former Yugoslavia, and was mentioned several times as a potential candidate for the Nobel Prize in Literature. He died in Belgrade in 2009. 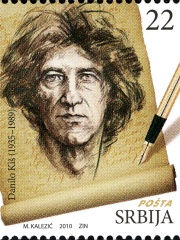 With an HPI of 61.23, Danilo Kiš is the 3rd most famous Writer.  His biography has been translated into 38 different languages.

Danilo Kiš (Serbian Cyrillic: Данило Киш; 22 February 1935 – 15 October 1989) was a Yugoslav novelist, short story writer, essayist and translator. His best known works include Hourglass, A Tomb for Boris Davidovich and The Encyclopedia of the Dead. 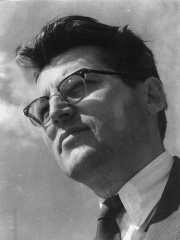 With an HPI of 60.88, Dobrica Ćosić is the 4th most famous Writer.  His biography has been translated into 33 different languages.

Dobrica Ćosić (Serbian: Добрица Ћосић, pronounced [dǒbritsa tɕôːsitɕ]; 29 December 1921 – 18 May 2014) was a Yugoslav and Serbian politician, writer, and political theorist. Ćosić was twice awarded the prestigious NIN award for literature and Medal of Pushkin for his writing. His books have been translated into 30 languages.He was the first President of the Federal Republic of Yugoslavia with his tenure lasting from 1992 to 1993. Admirers sometimes refer to him as the Father of the Nation due to his influence on modern Serbian politics and the national revival movement in the late 1980s while his opponents use that term in an ironic manner. 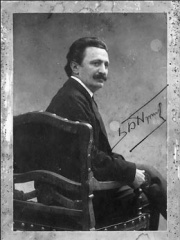 With an HPI of 60.52, Branislav Nušić is the 5th most famous Writer.  His biography has been translated into 40 different languages. 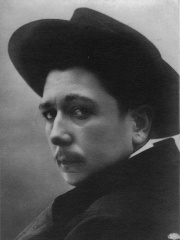 With an HPI of 58.60, Radoje Domanović is the 6th most famous Writer.  His biography has been translated into 62 different languages.

Radoje Domanović (Serbian Cyrillic: Радоје Домановић; February 16, 1873 – August 17, 1908) was a Serbian writer and teacher, most famous for his satirical short stories. His adult years were a constant fight against tuberculosis. This circumstance of his life, and the affection which he inspired in all who knew him, created an aura of romanticism and sentimentality which stand in contrast to his literary accomplishments as a satirist and a powerful critic of the contemporary Serbian society. 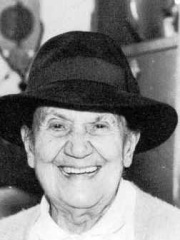 With an HPI of 55.52, Desanka Maksimović is the 7th most famous Writer.  Her biography has been translated into 26 different languages.

Desanka Maksimović (Serbian Cyrillic: Десанка Максимовић; 16 May 1898 – 11 February 1993) was a Serbian poet, writer and translator. Her first works were published in the literary journal Misao in 1920, while she was studying at the University of Belgrade. Within a few years, her poems appeared in the Serbian Literary Herald, Belgrade's most influential literary publication. In 1925, Maksimović earned a French Government scholarship for a year's study at the University of Paris. Upon her return, she was appointed a professor at Belgrade's elite First High School for Girls, a position she would hold continuously until World War II. In 1933, Maksimović married Sergej Slastikov, a Russian émigré writer. After being dismissed from her post at the high school by the Germans in 1941, she was reduced to a state of poverty and forced to work odd jobs to survive the three-year occupation. She was only permitted to publish children's literature during this period, but secretly compiled a collection of patriotic poems, which were not published until after the war. Among these was Krvava bajka (A Bloody Tale), about the Wehrmacht's killing of schoolchildren in the Kragujevac massacre. It was recited extensively in post-war commemorative ceremonies and became one of the best known Serbian-language poems. To mark her 60th birthday, Maksimović was named the recipient of a string of honours and awards in 1958. In 1964, she published one of her most acclaimed works, a volume of reflective poetry entitled Tražim pomilovanje (I Seek Clemency). The work's veiled critique of the Tito government made it especially popular. The following year, she became a full-fledged member of the Serbian Academy of Sciences and Arts. Following her husband's death in 1970, Maksimović's poetry increasingly began to revolve around the subject of human mortality. Maksimović travelled extensively in the 1970s and 1980s, and some of her visits abroad inspired several of her works. She became involved in efforts to combat government censorship in the early 1980s and was active until her death in 1993. Maksimović was the first female Serbian poet to gain widespread acceptance within Yugoslav literary circles and among the general public. One literary scholar notes that she served as an example for other Serbian women wishing to take up the craft. Maksimović's reputation, which was such that most of her contemporaries referred to her simply by her first name, has led one author to describe her as "the most beloved Serbian poet of the twentieth century". 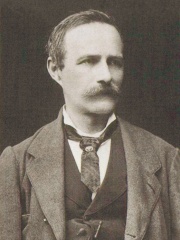 With an HPI of 54.64, Jovan Jovanović Zmaj is the 8th most famous Writer.  His biography has been translated into 22 different languages.

Jovan Jovanović Zmaj (Serbian Cyrillic: Јован Јовановић Змаj, pronounced [jɔ̌v̞an jɔv̞ǎːnɔv̞it͡ɕ zmâj]; 24 November 1833 – 1 June 1904) was a Serbian poet. Jovanović worked as a physician; he wrote in many poetry genres, including love, lyric, patriotic, political, and youth, but he remains best known for his children's poetry. His nursery rhymes have entered the Serbian national consciousness and people sing them to their children without knowing who wrote them. Jovanović also translated the works of some of the great poets, such as Russians Lermontov and Pushkin, Germans Goethe and Heine, and the American Longfellow. Jovanović's nickname Zmaj or Змај (dragon) derives from the 3 May 1848 assembly. 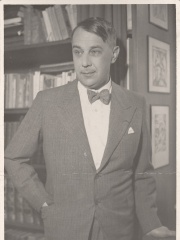 With an HPI of 53.80, Dezső Kosztolányi is the 9th most famous Writer.  His biography has been translated into 32 different languages.

Dezső Kosztolányi (Hungarian pronunciation: [ˈdɛʒøː ˈkostolaːɲi]; March 29, 1885 – November 3, 1936) was a Hungarian writer, journalist, translator and also a speaker of Esperanto. He wrote in all literary genres, from poetry to essays to theatre plays. Building his own style, he used French symbolism, impressionism, expressionism and psychological realism. He is considered the father of futurism in Hungarian literature. 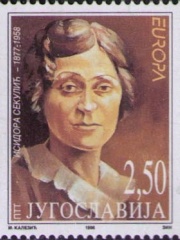 With an HPI of 53.59, Isidora Sekulić is the 10th most famous Writer.  Her biography has been translated into 31 different languages.

Isidora Sekulić (Serbian Cyrillic: Исидора Секулић, 16 February 1877 – 5 April 1958) was a Serbian writer, novelist, essayist, polyglot and art critic. She was "the first woman academic in the history of Serbia".

Pantheon has 26 people classified as writers born between 1787 and 1985. Of these 26, 6 (23.08%) of them are still alive today. The most famous living writers include Dušan Kovačević, Charles Simic, and Dejan Ajdačić. The most famous deceased writers include Vuk Karadžić, Milorad Pavić, and Danilo Kiš. As of April 2022, 3 new writers have been added to Pantheon including Laza Lazarević, Dejan Ajdačić, and Téa Obreht.

Which Writers were alive at the same time? This visualization shows the lifespans of the 20 most globally memorable Writers since 1700.