This page contains a list of the greatest Portuguese Writers. The pantheon dataset contains 5,794 Writers, 34 of which were born in Portugal. This makes Portugal the birth place of the 29th most number of Writers behind Denmark and Canada.

The following people are considered by Pantheon to be the top 10 most legendary Portuguese Writers of all time. This list of famous Portuguese Writers is sorted by HPI (Historical Popularity Index), a metric that aggregates information on a biography’s online popularity. Visit the rankings page to view the entire list of Portuguese Writers. 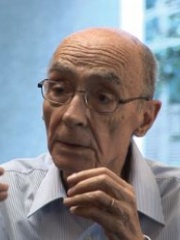 With an HPI of 82.83, José Saramago is the most famous Portuguese Writer.  His biography has been translated into 103 different languages on wikipedia.

José de Sousa Saramago, GColSE (Portuguese: [ʒuˈzɛ ðɨ ˈso(w).zɐ sɐɾɐˈmaɣu]; 16 November 1922 – 18 June 2010), was a Portuguese writer and recipient of the 1998 Nobel Prize in Literature. His works, some of which can be seen as allegories, commonly present subversive perspectives on historic events, emphasizing the theopoetic human factor. In 2003 Harold Bloom described Saramago as "the most gifted novelist alive in the world today" and in 2010 said he considers Saramago to be "a permanent part of the Western canon", while James Wood praises "the distinctive tone to his fiction because he narrates his novels as if he were someone both wise and ignorant." Bloom and Saramago met when Saramago presented Bloom with an honorary degree from the University of Coimbra; according to Bloom: "A warm acquaintanceship ensued, marked by an exegetical disagreement concerning The Gospel According to Jesus Christ, which continued in correspondence and at a later meeting in New York City".More than two million copies of Saramago's books have been sold in Portugal alone and his work has been translated into 25 languages. A proponent of libertarian communism, Saramago criticized institutions such as the Catholic Church, the European Union and the International Monetary Fund. An atheist, he defended love as an instrument to improve the human condition. In 1992, the Government of Portugal under Prime Minister Aníbal Cavaco Silva ordered the removal of one of his works, The Gospel According to Jesus Christ, from the Aristeion Prize's shortlist, claiming the work was religiously offensive. Disheartened by this political censorship of his work, Saramago went into exile on the Spanish island of Lanzarote, where he lived alongside his Spanish wife Pilar del Río until his death in 2010.Saramago was a founding member of the National Front for the Defense of Culture in Lisbon in 1992, and co-founder with Orhan Pamuk, of the European Writers' Parliament (EWP). 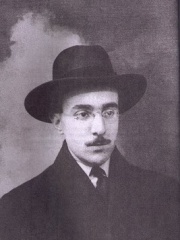 With an HPI of 80.12, Fernando Pessoa is the 2nd most famous Portuguese Writer.  His biography has been translated into 70 different languages.

Fernando António Nogueira Pessoa (Portuguese: [fɨɾˈnɐ̃du pɨˈsoɐ]; 13 June 1888 – 30 November 1935) was a Portuguese poet, writer, literary critic, translator, publisher and philosopher, described as one of the most significant literary figures of the 20th century and one of the greatest poets in the Portuguese language. He also wrote in and translated from English and French. Pessoa was a prolific writer, and not only under his own name, for he created approximately seventy-five others, of which three stand out, Alberto Caeiro, Álvaro de Campos and Ricardo Reis. He did not call them pseudonyms because he felt that they did not capture their true independent intellectual life and instead called them heteronyms. These imaginary figures sometimes held unpopular or extreme views. 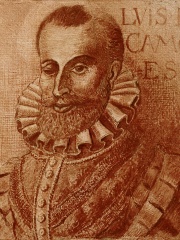 With an HPI of 76.87, Luís de Camões is the 3rd most famous Portuguese Writer.  His biography has been translated into 81 different languages.

Luís Vaz de Camões (Portuguese pronunciation: [luˈiʒ ˈvaʒ dɨ kaˈmõj̃ʃ]; sometimes rendered in English as Camoens or Camoëns, ; c. 1524 or 1525 – 10 June 1580) is considered Portugal's and the Portuguese language's greatest poet. His mastery of verse has been compared to that of Shakespeare, Vondel, Homer, Virgil and Dante. He wrote a considerable amount of lyrical poetry and drama but is best remembered for his epic work Os Lusíadas (The Lusiads). His collection of poetry The Parnasum of Luís de Camões was lost during his life. The influence of his masterpiece Os Lusíadas is so profound that Portuguese is sometimes called the "language of Camões". The day of his death, 10 June OS, is Portugal's national day. 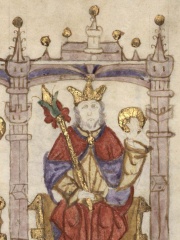 With an HPI of 73.47, Denis of Portugal is the 4th most famous Portuguese Writer.  His biography has been translated into 46 different languages.

Denis (Portuguese: Dinis or Diniz, IPA: [diˈniʃ]; 9 October 1261 – 7 January 1325 in Santarém), called the Farmer King (Rei Lavrador) and the Poet King (Rei Poeta), was King of Portugal. The eldest son of Afonso III of Portugal by his second wife, Beatrice of Castile, and grandson of Alfonso X of Castile (known as the Wise), Denis succeeded his father in 1279. His marriage to Elizabeth of Aragon, who was later canonised as a saint of the Roman Catholic Church, was arranged in 1281 when she was 10 years old. Denis ruled Portugal for over 46 years. He worked to reorganise his country's economy and gave an impetus to Portuguese agriculture. He ordered the planting of a large pine forest (that still exists today) near Leiria to prevent the soil degradation that threatened the region and to serve as a source of raw materials for the construction of the royal ships. He was also known for his poetry, which constitutes an important contribution to the development of Portuguese as a literary language. 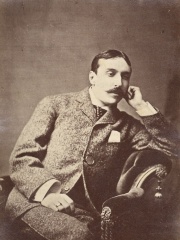 With an HPI of 68.49, José Maria de Eça de Queirós is the 5th most famous Portuguese Writer.  His biography has been translated into 38 different languages.

José Maria de Eça de Queiroz (Portuguese pronunciation: [ʒuˈzɛ mɐˈɾiɐ dɨ ˈɛsɐ dɨ kɐjˈɾɔʃ]; 25 November 1845 – 16 August 1900) is generally considered to have been the greatest Portuguese writer in the realist style. Zola considered him to be far greater than Flaubert. In the London Observer, Jonathan Keates ranked him alongside Dickens, Balzac and Tolstoy.

With an HPI of 68.25, Judah Leon Abravanel is the 6th most famous Portuguese Writer.  His biography has been translated into 19 different languages.

Leo the Hebrew, pen name of Judá Abravanel (otherwise known as: in Latin, Leo Hebraeus; in Portuguese, Leão Hebreu; in Italian, Leone Ebreo; in Spanish, León Hebreo; in French, León l'Hebreu and in Hebrew, יְהוּדָה בֶּן יִצְחָק אַבְּרַבַנְאֵל [Yehuda ben Yitzhak Abravanel]) (c. 1460 Lisbon – c. 1530 ? Naples?), was a Portuguese Jewish philosopher, physician and poet. His work Dialogues of Love was one of the most important philosophical works of his time. 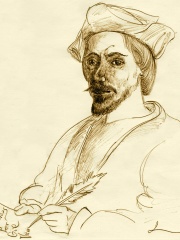 With an HPI of 67.26, Gil Vicente is the 7th most famous Portuguese Writer.  His biography has been translated into 28 different languages.

Gil Vicente (Portuguese: [ˈʒiɫ viˈsẽtɨ]; c. 1465 – c. 1536), called the Trobadour, was a Portuguese playwright and poet who acted in and directed his own plays. Considered the chief dramatist of Portugal he is sometimes called the "Portuguese Plautus," often referred to as the "Father of Portuguese drama" and as one of Western literature's greatest playwrights. Also noted as a lyric poet, Vicente worked in Spanish as much as he worked in Portuguese and is thus, with Juan del Encina, considered joint-father of Spanish drama. Vicente was attached to the courts of the Portuguese kings Manuel I and John III. He rose to prominence as a playwright largely on account of the influence of Queen Dowager Leonor, who noticed him as he participated in court dramas and subsequently commissioned him to write his first theatrical work. He may also have been identical to an accomplished goldsmith of the same name at the court of Évora; the goldsmith is mentioned in royal documents from 1509 to 1517 and worked for the widow of King John II, Dona Leonor. He was the creator of the famous Belém Monstrance, and master of rhetoric of King Manuel I. His plays and poetry, written in both Portuguese and Spanish, were a reflection of the changing times during the transition from Middle Ages to Renaissance and created a balance between the former time of rigid mores and hierarchical social structure and the new society in which this order was undermined. While many of Vicente's works were composed to celebrate religious and national festivals or to commemorate events in the life of the royal family, others draw upon popular culture to entertain, and often to critique, Portuguese society of his day. Though some of his works were later suppressed by the Portuguese Inquisition, causing his fame to wane, he is now recognised as one of the principal figures of the Portuguese Renaissance. 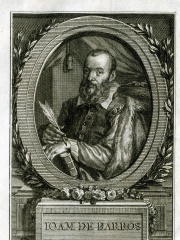 With an HPI of 66.61, João de Barros is the 8th most famous Portuguese Writer.  His biography has been translated into 22 different languages.

João de Barros (Portuguese pronunciation: [ʒuˈɐ̃w̃ dɨ ˈbaʁuʃ]) (1496 – 20 October 1570), called the Portuguese Livy, is one of the first great Portuguese historians, most famous for his Décadas da Ásia ("Decades of Asia"), a history of the Portuguese in India, Asia, and southeast Africa. 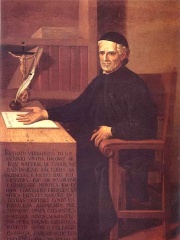 With an HPI of 66.17, António Vieira is the 9th most famous Portuguese Writer.  His biography has been translated into 21 different languages. 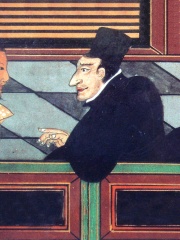 With an HPI of 64.89, Luís Fróis is the 10th most famous Portuguese Writer.  His biography has been translated into 17 different languages.

Luís Fróis (1532 – 8 July 1597) was a Portuguese missionary who worked in Asia during the second half of the 16th century. He was born in Lisbon and in 1548 joined the Jesuits, traveling to Portuguese India in the same year to study at Saint Paul's College, Goa. During his stay in Goa, he reported on the mass conversion of over 200 Kshatriyas to Christianity that had taken place on 25 August 1560 in the village of Batim, in a letter dated 13 November 1560: "Mass baptisms in this village took place on 25 August 1560. The priests who had been sent to make preparations for the christening were asleep when at midnight of the 24th, more than 200 persons (men, women and children) knocked at their door and declared that they wished to become Christians. The women were very well dressed and wore plenty of gold. The men were also well dressed with feathers in their caps and guns on their shoulders. This group was led by one man named Camotim. He wore scarlet satin pants, had a silver sword at his waist and a gun on his shoulder. All of them were baptised on the above-mentioned day. These people belonged to the Chardo class, consisting of warriors, men of a much better personality than the Bamonns." In 1563, he arrived in Japan to engage in missionary work, and in the following year arrived in Kyoto, meeting Ashikaga Yoshiteru who was then shōgun. In 1569, he befriended Oda Nobunaga and stayed in his personal residence in Gifu while writing books for a short while. His works on history were somewhat expanded by Joāo Rodrigues. Among his works was the Treatise (1585) in which is contained some of the contradictions and differences in behaviors between the peoples of Europe and this province of Japan very briefly and succinctly (Tratado em que se contêm muito sucinta e abreviadamente algumas contradições e diferenças de costumes entre a gente de Europa e esta província de Japão). Frois witnessed the end of Nobunaga, from his church across the street from Honno-ji, writing an account afterward.A fictionalized version of Luis Frois appears in the Capcom game Onimusha: Dawn of Dreams.

Pantheon has 34 people classified as writers born between 1261 and 1974. Of these 34, 4 (11.76%) of them are still alive today. The most famous living writers include Christopher Hampton, Manuel Alegre, and José Luandino Vieira. The most famous deceased writers include José Saramago, Fernando Pessoa, and Luís de Camões. As of October 2020, 8 new writers have been added to Pantheon including Mariana Alcoforado, Manuel Maria Barbosa du Bocage, and António Ferreira.

Which Writers were alive at the same time? This visualization shows the lifespans of the 16 most globally memorable Writers since 1700.