This page contains a list of the greatest Writers. The pantheon dataset contains 5,755 Writers, 29 of which were born in Georgia. This makes Georgia the birth place of the 35th most number of Writers behind Argentina and Australia. 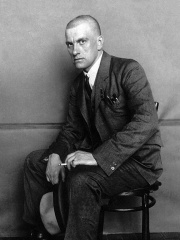 With an HPI of 71.07, Vladimir Mayakovsky is the most famous Writer.  His biography has been translated into 79 different languages on wikipedia.

Vladimir Vladimirovich Mayakovsky (UK: , US: ; Russian: Влади́мир Влади́мирович Маяко́вский, IPA: [vlɐˈdʲimʲɪr vlɐˈdʲimʲɪrəvʲɪtɕ məjɪˈkofskʲɪj] (listen); 19 July [O.S. 7 July] 1893 – 14 April 1930) was a Russian and Soviet poet, playwright, artist, and actor. During his early, pre-Revolution period leading into 1917, Mayakovsky became renowned as a prominent figure of the Russian Futurist movement. He co-signed the Futurist manifesto, A Slap in the Face of Public Taste (1913), and wrote such poems as "A Cloud in Trousers" (1915) and "Backbone Flute" (1916). Mayakovsky produced a large and diverse body of work during the course of his career: he wrote poems, wrote and directed plays, appeared in films, edited the art journal LEF, and produced agitprop posters in support of the Communist Party during the Russian Civil War of 1917–1922. Though Mayakovsky's work regularly demonstrated ideological and patriotic support for the ideology of the Bolsheviks and a strong admiration of Vladimir Lenin, his relationship with the Soviet state was always complex and often tumultuous. Mayakovsky often found himself engaged in confrontation with the increasing involvement of the Soviet state in cultural censorship and the development of the State doctrine of Socialist realism. Works that criticized or satirized aspects of the Soviet system, such as the poem "Talking With the Taxman About Poetry" (1926), and the plays The Bedbug (1929) and The Bathhouse (1929), met with scorn from the Soviet state and literary establishment. In 1930, Mayakovsky killed himself. Even after death, his relationship with the Soviet state remained unsteady. Though Mayakovsky had previously been harshly criticized by Soviet governmental bodies such as the Russian Association of Proletarian Writers (RAPP), Premier Joseph Stalin described Mayakovsky after his death as "the best and the most talented poet of our Soviet epoch". 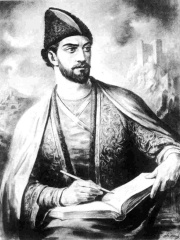 With an HPI of 70.29, Shota Rustaveli is the 2nd most famous Writer.  His biography has been translated into 72 different languages.

Shota Rustaveli (Georgian: შოთა რუსთაველი, c. 1160 – after c. 1220), mononymously known simply as Rustaveli, was a medieval Georgian poet. He is considered to be the pre-eminent poet of the Georgian Golden Age and one of the greatest contributors to Georgian literature. Rustaveli was the author of The Knight in the Panther's Skin, a Georgian national epic poem. 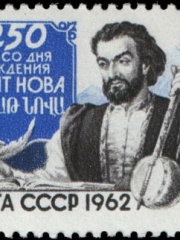 With an HPI of 63.00, Sayat-Nova is the 3rd most famous Writer.  His biography has been translated into 36 different languages. 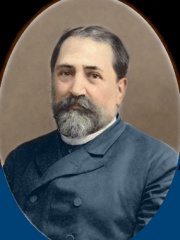 With an HPI of 59.95, Ilia Chavchavadze is the 4th most famous Writer.  His biography has been translated into 51 different languages.

Prince Ilia Chavchavadze (Georgian: ილია ჭავჭავაძე; 8 November 1837 – 12 September 1907) was a Georgian public figure, journalist, publisher, writer and poet who spearheaded the revival of Georgian nationalism during the second half of the 19th century and ensured the survival of the Georgian language, literature, and culture during the last decades of Tsarist rule. He is Georgia's "most universally revered hero" and is regarded as the "Father of the Nation."He was a leader of contemporary youth intellectual movement named "Tergdaleulebi". They spread modern and European liberal ideals in Georgia. Ilia Chavchavadze founded two modern newspapers: Sakartvelos Moambe and Iveria. He played an important role in the creation of the first financial structure in Georgia – Land Bank of Tbilisi. During 30 years he was a chairman of this Bank, through which he financed and promoted most of the cultural, educational, economical and charity events which took place in Georgia. Continuing the educational work begin in Constantinople by Fr. Peter Kharischirashvili and the Servites of the Immaculate Conception, Ilia Chavchavadze also participated in the foundation of "Society for the Spreading of Literacy among Georgians" – an organization that established schools that taught in the Georgian language. This was instrumental in halting the Russification policy of Russian Empire in Georgia. Inspired by the contemporary liberal movements in Europe and Russia, as a writer and a public figure, Chavchavadze directed much of his efforts toward awakening national and liberal ideals among Georgians. Chavchavadze was the author of numerous articles that were published in his newspaper Iveria, as well as in other periodicals that were published in Georgia. In his articles, Chavchavadze discussed a number of topics, among them: national issues, literature, education, theater, politics, economics, current issues and events happening not just in Georgia, but around the world and especially in Europe. His views about self-government, judicial system, social issues, human rights, women's rights, economics, education and civic activism were modern and contributed much to the creation of Georgian sense of national identity, formation of civil society and also to intellectual and political discussions of his time. He was a devoted protector of the Georgian language and culture from Russification. He is considered the main contributor of Georgian cultural and civic nationalism.During the 1905 Russian Revolution Chavchavadze was elected as a representative of the Georgian nobility to the imperial State Council. However, he stated that he would represent the whole nation, not just one particular social class. He advocated against capital punishment and lobbied for Georgian autonomy. His most important literary works were: The Hermit, The Ghost, Otaraant Widow, Kako The Robber, Happy Nation, Letters of a Traveler and Is a man a human?!. Chavchavadze was killed in Tsitsamuri, near Mtskheta, by a gang of assassins. Details of his murder are still matter of debate. His legacy earned him the broad admiration of the Georgian people. In 1987 he was canonized as Saint Ilia the Righteous (წმინდა ილია მართალი, tsminda ilia martali) by the Georgian Orthodox Church. Today, Georgians revere Chavchavadze as The Uncrowned King (უგვირგვინო მეფე, ugvirgvino mepe) and the "Father of the Nation." 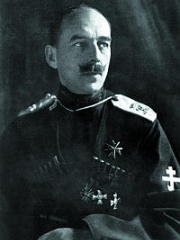 With an HPI of 56.15, Pavel Bermondt-Avalov is the 5th most famous Writer.  His biography has been translated into 21 different languages.

Pavel Rafalovich Bermon(d)t-Avalov (Avalishvili) (Russian: Павел Рафалович Бермон(д)т-Авалов; 16 March [O.S. 4 March] 1877 – 27 December 1973) was an Ussuri Cossack and warlord. He is best known as the commander of the West Russian Volunteer Army which was active in present-day Latvia and Lithuania in the aftermath of World War I. 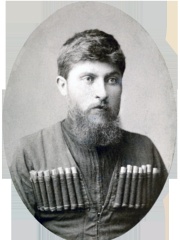 With an HPI of 55.14, Vazha-Pshavela is the 6th most famous Writer.  His biography has been translated into 33 different languages. 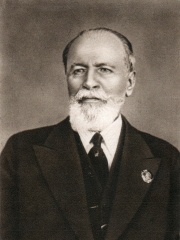 With an HPI of 54.74, Vladimir Nemirovich-Danchenko is the 7th most famous Writer.  His biography has been translated into 33 different languages. 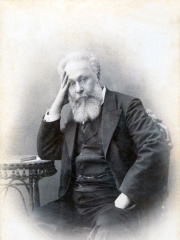 With an HPI of 54.26, Akaki Tsereteli is the 8th most famous Writer.  His biography has been translated into 30 different languages. 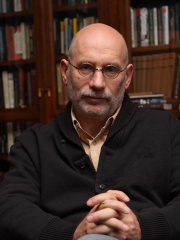 With an HPI of 53.93, Boris Akunin is the 9th most famous Writer.  His biography has been translated into 43 different languages. 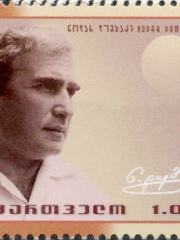 With an HPI of 53.11, Nodar Dumbadze is the 10th most famous Writer.  His biography has been translated into 25 different languages.

Pantheon has 31 people classified as writers born between 500 and 1962. Of these 31, 4 (12.90%) of them are still alive today. The most famous living writers include Boris Akunin, Roy Medvedev, and Miho Mosulishvili. The most famous deceased writers include Vladimir Mayakovsky, Shota Rustaveli, and Sayat-Nova. As of April 2022, 2 new writers have been added to Pantheon including Iakob Tsurtaveli and Ghazaros Aghayan.

Which Writers were alive at the same time? This visualization shows the lifespans of the 21 most globally memorable Writers since 1700.