This page contains a list of the greatest Russian Chess Players. The pantheon dataset contains 374 Chess Players, 69 of which were born in Russia. This makes Russia the birth place of the most number of Chess Players. 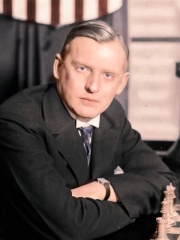 With an HPI of 69.59, Alexander Alekhine is the most famous Russian Chess Player.  His biography has been translated into 66 different languages on wikipedia.

Alexander Aleksandrovich Alekhine (October 31 [O.S. October 19] 1892 – March 24, 1946) was a Russian and French chess player and the fourth World Chess Champion, a title he held for two reigns. By the age of 22, Alekhine was already among the strongest chess players in the world. During the 1920s, he won most of the tournaments in which he played. In 1921, Alekhine left Soviet Russia and emigrated to France, which he represented after 1925. In 1927, he became the fourth World Chess Champion by defeating José Raúl Capablanca. In the early 1930s, Alekhine dominated tournament play and won two top-class tournaments by large margins. He also played first board for France in five Chess Olympiads, winning individual prizes in each (four medals and a brilliancy prize). Alekhine offered Capablanca a rematch on the same demanding terms that Capablanca had set for him, and negotiations dragged on for years without making much progress. Meanwhile, Alekhine defended his title with ease against Efim Bogoljubov in 1929 and 1934. He was defeated by Max Euwe in 1935, but regained his crown in the 1937 rematch. His tournament record, however, was uneven, and rising young stars like Paul Keres, Reuben Fine, and Mikhail Botvinnik threatened his title. Negotiations for a title match with Keres or Botvinnik were halted by the outbreak of World War II in Europe in 1939. Negotiations with Botvinnik for a world title match were proceeding in 1946 when Alekhine died in Portugal, in unclear circumstances. Alekhine is the only World Chess Champion to have died while holding the title. Alekhine is known for his fierce and imaginative attacking style, combined with great positional and endgame skill. He is highly regarded as a chess writer and theoretician, having produced innovations in a wide range of chess openings and having given his name to Alekhine's Defence and several other opening variations. He also composed some endgame studies. 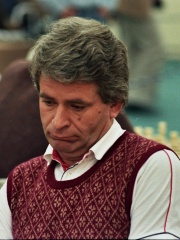 With an HPI of 69.22, Boris Spassky is the 2nd most famous Russian Chess Player.  His biography has been translated into 66 different languages.

Boris Vasilievich Spassky (Russian: Бори́с Васи́льевич Спа́сский, tr. Borís Vasíl'yevich Spásskiy; born January 30, 1937) is a Russian chess grandmaster who was the tenth World Chess Champion, holding the title from 1969 to 1972. Spassky played three world championship matches: he lost to Tigran Petrosian in 1966; defeated Petrosian in 1969 to become world champion; then lost to Bobby Fischer in a famous match in 1972. Spassky won the Soviet Chess Championship twice outright (1961, 1973), and twice lost in playoffs (1956, 1963), after tying for first place during the event proper. He was a World Chess Championship candidate on seven occasions (1956, 1965, 1968, 1974, 1977, 1980 and 1985). In addition to his candidates wins in 1965 and 1968, Spassky reached the semi-final stage in 1974 and the final stage in 1977. Spassky immigrated to France in 1976, becoming a French citizen in 1978. He continued to compete in tournaments but was no longer a major contender for the world title. Spassky lost an unofficial rematch against Fischer in 1992. In 2012, he left France and returned to Russia. 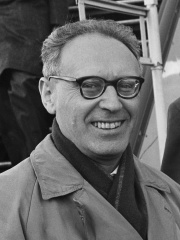 With an HPI of 68.38, Mikhail Botvinnik is the 3rd most famous Russian Chess Player.  His biography has been translated into 65 different languages.

Mikhail Moiseyevich Botvinnik (August 17 [O.S. August 4] 1911 – May 5, 1995) was a Soviet and Russian chess grandmaster. The sixth World Chess Champion, he also worked as an electrical engineer and computer scientist and was a pioneer in computer chess. Botvinnik was the first world-class player to develop within the Soviet Union. He also played a major role in the organization of chess, making a significant contribution to the design of the World Chess Championship system after World War II and becoming a leading member of the coaching system that enabled the Soviet Union to dominate top-class chess during that time. His pupils include World Champions Anatoly Karpov, Garry Kasparov and Vladimir Kramnik. 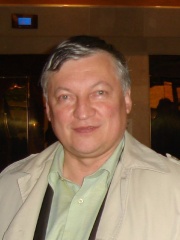 With an HPI of 66.17, Anatoly Karpov is the 4th most famous Russian Chess Player.  His biography has been translated into 72 different languages. 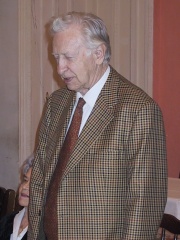 With an HPI of 63.68, Vasily Smyslov is the 5th most famous Russian Chess Player.  His biography has been translated into 55 different languages.

Vasily Vasilyevich Smyslov (Russian: Васи́лий Васи́льевич Смысло́в, tr. Vasíliy Vasíl'yevich Smyslóv; 24 March 1921 – 27 March 2010) was a Soviet and Russian chess grandmaster, who was World Chess Champion from 1957 to 1958. He was a Candidate for the World Chess Championship on eight occasions (1948, 1950, 1953, 1956, 1959, 1965, 1983, and 1985). Smyslov twice tied for first place at the USSR Chess Championships (1949, 1955), and his total of 17 Chess Olympiad medals won is an all-time record. In five European Team Championships, Smyslov won ten gold medals. Smyslov remained active and successful in competitive chess well after the age of sixty. Despite failing eyesight, he remained active in the occasional composition of chess problems and studies until shortly before his death in 2010. Besides chess, he was an accomplished baritone singer. 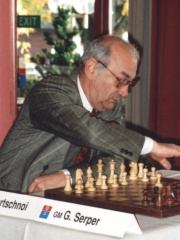 With an HPI of 61.57, Viktor Korchnoi is the 6th most famous Russian Chess Player.  His biography has been translated into 48 different languages.

Viktor Lvovich Korchnoi (Russian: Ви́ктор Льво́вич Корчно́й, IPA: [vʲiktər lʲvovʲɪtɕ kɐrtɕˈnoj]; 23 March 1931 – 6 June 2016) was a Soviet (before 1976) and Swiss (after 1980) chess grandmaster (GM) and chess writer. He is considered one of the strongest players never to have become World Chess Champion.Born in Leningrad, Soviet Union (USSR), Korchnoi defected to the Netherlands in 1976, and resided in Switzerland from 1978, becoming a Swiss citizen. Korchnoi played four matches, three of which were official, against GM Anatoly Karpov. In 1974, Korchnoi lost the Candidates Tournament final to Karpov. Karpov was declared World Champion in 1975 when GM Bobby Fischer declined to defend his title. Korchnoi then won two consecutive Candidates cycles to qualify for World Chess Championship matches with Karpov in 1978 and 1981 but lost both. The two players also played a drawn training match of six games in 1971. Korchnoi was a candidate for the World Championship on ten occasions (1962, 1968, 1971, 1974, 1977, 1980, 1983, 1985, 1988, and 1991). He was also four times a USSR Chess Champion, five times a member of Soviet teams that won the European championship, and six times a member of Soviet teams that won the Chess Olympiad. He played competitive chess until old age. At age 75, he won the 2006 World Senior Chess Championship, and became the oldest person ever to be ranked among the world's top 100 players. 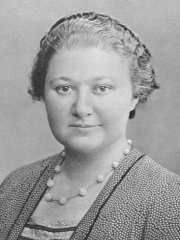 With an HPI of 60.98, Vera Menchik is the 7th most famous Russian Chess Player.  Her biography has been translated into 41 different languages.

Vera Francevna Mencikova (Russian: Вера Францевна Менчик, Vera Frantsevna Menchik; Czech: Věra Menčíková; 16 February 1906 – 26 June 1944), was a Russian-born Czechoslovak chess player who primarily resided in England. She was the first Women's World Chess Champion from 1927 to 1944 and the longest-reigning women's champion in history. Her eight world championship wins are the most of all time, and only Emanuel Lasker had a longer reign as world champion. Menchik was born in Moscow to a Czech father and half-English mother. She played her first chess tournament in school at age 14 after switching schools during the Russian Revolution. Because of the revolution, her family left Russia and Menchik moved to Hastings, England in 1921. She joined the Hastings Chess Club in 1923 and began training with James Drewitt, the club champion, and Géza Maróczy, a past contender for the World Championship. Menchik established herself as the best female player in the country by defeating the British women's champion Edith Charlotte Price in two matches in 1925 two years before winning the inaugural Women's World Chess Championship in 1927. A year later, she became the first woman to compete in master-level tournaments. After her first big success at Ramsgate in 1929 when she shared second place with Akiba Rubinstein, Menchik was regularly invited to these elite events for the next decade, including the local Hastings Congress. Her best result in the Hastings Premier tournament was in 1931/32 when she defeated future world champion Max Euwe and Mir Sultan Khan to finish in joint fifth place out of ten. One of her last big achievements was winning a match against Jacques Mieses in 1942 late in their careers. Menchik was active up until her death in 1944, when she was killed in a German air raid that destroyed her home with a flying bomb during the Second World War. Menchik was the dominant female chess player before the war. She was the only woman competing at the master level, she won at least 59 games in a row at the Women's World Championship tournaments, and she defeated the consensus second-best player Sonja Graf in an official World Championship match in 1937. Highlights of her successes against male players included two victories and a positive score in tournament play against Euwe and a positive score in 29 known games against George Thomas, who received the International Master (IM) title. Any master-level players that Menchik defeated were said to be members of the Vera Menchik Club, which included six players who ended up receiving the Grandmaster (GM) or Honorary Grandmaster title. The trophy for the winning team at the Women's Chess Olympiad is named the Vera Menchik Cup in her honour. In 2011, Menchik became the first woman to be inducted into the World Chess Hall of Fame. 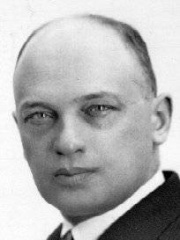 With an HPI of 59.06, Savielly Tartakower is the 8th most famous Russian Chess Player.  His biography has been translated into 31 different languages.

Savielly Tartakower (also known as Xavier or Ksawery Tartakower, less often Tartacover or Tartakover; 21 February 1887 – 4 February 1956) was a Polish and French chess player. He was awarded the title of International Grandmaster in its inaugural year, 1950. Tartakower was also a leading chess journalist and author of the 1920s and 1930s. 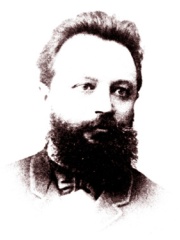 With an HPI of 58.12, Mikhail Chigorin is the 9th most famous Russian Chess Player.  His biography has been translated into 39 different languages.

Mikhail Ivanovich Chigorin (also Tchigorin; Russian: Михаи́л Ива́нович Чиго́рин; 12 November [O.S. 31 October] 1850 – 25 January [O.S. 12 January] 1908) was a Russian chess player. He played two World Championship matches against Wilhelm Steinitz, losing both times. The last great player of the Romantic chess style, he also served as a major source of inspiration for the "Soviet chess school", which dominated the chess world in the middle and latter parts of the 20th century. 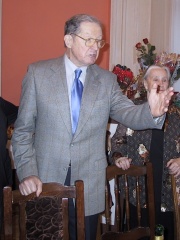 With an HPI of 57.54, Yuri Averbakh is the 10th most famous Russian Chess Player.  His biography has been translated into 27 different languages.

Yuri Lvovich Averbakh (Russian: Ю́рий Льво́вич Аверба́х; 8 February 1922 – 7 May 2022) was a Russian chess grandmaster and author. He was chairman of the USSR Chess Federation from 1973 to 1978. He was the first centenarian FIDE Grandmaster. Despite his eyesight and hearing having worsened, by his 100th birthday he continued to devote time to chess-related activities.

Which Chess Players were alive at the same time? This visualization shows the lifespans of the 20 most globally memorable Chess Players since 1700.