This page contains a list of the greatest Hungarian Chess Players. The pantheon dataset contains 374 Chess Players, 21 of which were born in Hungary. This makes Hungary the birth place of the 4th most number of Chess Players behind Ukraine and China. 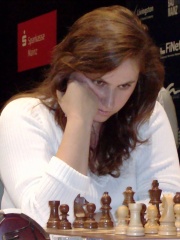 With an HPI of 59.65, Judit Polgár is the most famous Hungarian Chess Player.  Her biography has been translated into 63 different languages on wikipedia.

Judit Polgár (born 23 July 1976) is a Hungarian chess grandmaster, generally considered the strongest female chess player of all time. In 1991, Polgár achieved the title of Grandmaster at the age of 15 years and 4 months, at the time the youngest to have done so, breaking the record previously held by former World Champion Bobby Fischer. She was the youngest player ever to break into the FIDE top 100 players rating list, ranking No. 55 in the January 1989 rating list, at the age of 12.Polgár is the only woman to have been a serious candidate for the World Chess Championship, in which she participated in 2005; she had previously participated in large, 100+ player knockout tournaments for the world championship. She is also the only woman to have surpassed 2700 Elo, reaching a peak world ranking of No. 8 in 2004 and peak rating of 2735 in 2005. She is the only woman to be ranked in the top ten of all chess players, first reaching that ranking in 1996. She was the No. 1 rated woman in the world from January 1989 until her retirement on 13 August 2014.She has won or shared first in the chess tournaments of Hastings 1993, Madrid 1994, León 1996, U.S. Open 1998, Hoogeveen 1999, Sigeman & Co 2000, Japfa 2000, and the Najdorf Memorial 2000. Polgár is the only woman to have won a game against a reigning world number one player, and has defeated eleven current or former world champions in either rapid or classical chess: Magnus Carlsen, Anatoly Karpov, Garry Kasparov, Vladimir Kramnik, Boris Spassky, Vasily Smyslov, Veselin Topalov, Viswanathan Anand, Ruslan Ponomariov, Alexander Khalifman, and Rustam Kasimdzhanov.On 13 August 2014, she announced her retirement from competitive chess. In June 2015, Polgár was elected as the new captain and head coach of the Hungarian national men's team. On 20 August 2015, she received Hungary's highest decoration, the Grand Cross of the Order of Saint Stephen of Hungary. In 2021, Polgár was inducted into the World Chess Hall of Fame. 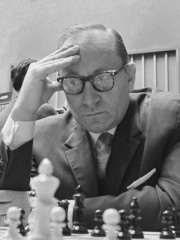 With an HPI of 56.71, László Szabó is the 2nd most famous Hungarian Chess Player.  His biography has been translated into 36 different languages.

László Szabó ([ˈsɒboː ˈlaːsloː] March 19, 1917 – August 8, 1998) was a Hungarian chess player. He was awarded the title of International Grandmaster in 1950, when it was instituted by FIDE. Born in Budapest, Szabó burst onto the international chess scene in 1935, at the age of 18, winning the first of Hungarian Championships, an international tournament in Tatatóváros, and was selected to represent his country at the Warsaw Chess Olympiad. It is thought that the young Szabó studied under Géza Maróczy, then a patriarchal figure in Hungarian chess who had previously trained future world champions, Max Euwe and Vera Menchik. Prior to World War II, there were other successes, including outright victory at Hastings 1938/39 (a tournament he was to hold a long association with). He began a career as a banker, dealing in foreign exchange. At the outbreak of war, Szabó was attached to a Forced Labour Unit and was later captured by Russian troops who held him as a prisoner of war. After the war, he returned to chess and played many major international events. He finished fifth at Groningen 1946, a tournament which included Mikhail Botvinnik, Max Euwe, Vasily Smyslov, Miguel Najdorf, Isaac Boleslavsky and Alexander Kotov. At the Saltsjöbaden Interzonal of 1948, he finished second to David Bronstein and took outright first place at Hastings 1947/48, Budapest 1948 and Hastings 1949/50. A share of fifth place at both the Saltsjöbaden 1952 Interzonal and the Gothenburg Interzonal of 1955, meant that each of his Interzonal finishes had been strong enough to merit him a place in the corresponding Candidates Tournament. It was at his third and final Candidates, held in Amsterdam in 1956, that Szabó made his most promising bid for a World Championship title challenge. He tied for third place with Bronstein, Efim Geller, Tigran Petrosian and Boris Spassky, behind Smyslov and Paul Keres. Into the 1960s and 1970s, he continued to excel in international competition; first at Zagreb 1964, first at Budapest 1965 (with Lev Polugaevsky and Mark Taimanov), first at Sarajevo 1972, first at Hilversum 1973 (with Geller) and tied for first at Hastings 1973/74 (with Gennady Kuzmin, Jan Timman and Mikhail Tal). In total, he represented Hungary at eleven Chess Olympiads, playing first board on five occasions and delivering many medal-winning performances. In 1937, he took the team silver and individual silver medals, in 1952 an individual bronze, in 1956 a team bronze and in 1966, team bronze and individual silver. Szabó was the best player in Hungary for nearly 20 years (eventually being succeeded by Lajos Portisch around 1963/64.) Chessmetrics.com, which attempts to rank players, suggests that Szabo was sixth in the world in 1946. His family donated Szabó's entire chess library and his papers to the Cleveland Public Library John G. White Chess and Checkers Collection. The John G. White Collection of Chess and Checkers is the largest chess library in the world (32,568 volumes of books and serials, including 6,359 volumes of bound periodicals.) 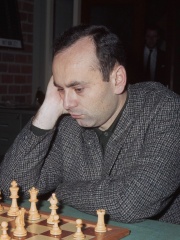 With an HPI of 54.94, Lajos Portisch is the 3rd most famous Hungarian Chess Player.  His biography has been translated into 24 different languages.

Lajos Portisch (born 4 April 1937) is a Hungarian chess Grandmaster, whose positional style earned him the nickname, the "Hungarian Botvinnik". One of the strongest non-Soviet players from the early 1960s into the late 1980s, he participated in twelve consecutive Interzonals from 1962 through 1993, qualifying for the World Chess Championship Candidates Cycle a total of eight times (1965, 1968, 1974, 1977, 1980, 1983, 1985, and 1988). Portisch set several all-time records in Chess Olympiads. In Hungarian Chess Championships, he either shared the title or won it outright a total of eight times (1958, 1959, 1961, 1964, 1965, 1971, 1975, and 1981). He won many strong international tournaments during his career. In 2004, Portisch was awarded the title of 'Nemzet Sportolója' (Sportsman of the Nation), Hungary's highest national sports achievement award. He still competes occasionally. His main hobby is singing operatic arias; he has a fine baritone voice, a quality shared by Vasily Smyslov, a chess world champion and grandmaster who also had talent as an operatic singer. His younger brother, Ferenc (born 1939), is an International Master. 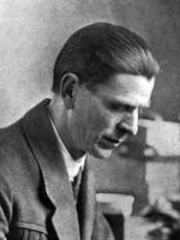 With an HPI of 54.72, Géza Maróczy is the 4th most famous Hungarian Chess Player.  His biography has been translated into 24 different languages.

Géza Maróczy (Hungarian pronunciation: [ˈmɒroːt͡si ˈɡeːzɒ]; 3 March 1870 – 29 May 1951) was a Hungarian chess player, one of the leading players in the world in his time. He was one of the inaugural recipients of the title International Grandmaster from FIDE in 1950. 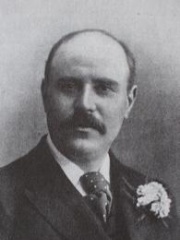 With an HPI of 52.27, Isidor Gunsberg is the 5th most famous Hungarian Chess Player.  His biography has been translated into 23 different languages. 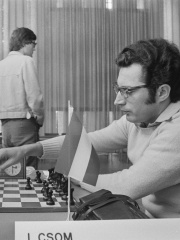 With an HPI of 51.47, István Csom is the 6th most famous Hungarian Chess Player.  His biography has been translated into 17 different languages.

István Csom (2 June 1940 – 28 July 2021) was a Hungarian chess player who held the FIDE titles of Grandmaster and International Arbiter. FIDE awarded him the International Master title in 1967 and the Grandmaster title in 1973. He was Hungarian Champion in 1972 and 1973 (jointly). His tournament victories include Olot 1973, Cleveland 1975, Olot 1975, Pula Zonal 1975, Berlin 1979, Copenhagen 1983, Järvenpää 1985 and Delhi 1987. Csom was born in Sátoraljaújhely, Hungary. He played for the Hungarian team in seven Chess Olympiads (1968–1974, 1978–1982, 1986–1988), including the victorious team of 1978. Over the course of his career, Csom defeated many top Grandmasters, including Ulf Andersson, Boris Gulko, Tony Miles, Lajos Portisch, Samuel Reshevsky, Nigel Short, former World Champion Mikhail Tal, Rafael Vaganian, and Artur Yusupov. 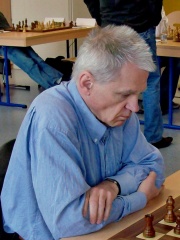 With an HPI of 46.14, Zoltán Ribli is the 7th most famous Hungarian Chess Player.  His biography has been translated into 19 different languages.

Zoltán Ribli (born September 6, 1951 in Mohács) is a Hungarian chess grandmaster and International Arbiter (1995). He was twice a World Championship Candidate and three times Hungarian Champion. 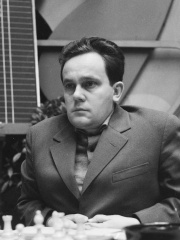 With an HPI of 45.98, István Bilek is the 8th most famous Hungarian Chess Player.  His biography has been translated into 18 different languages. 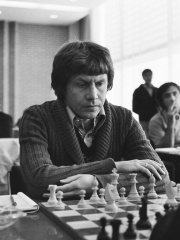 With an HPI of 45.38, András Adorján is the 9th most famous Hungarian Chess Player.  His biography has been translated into 20 different languages.

With an HPI of 44.89, Lajos Asztalos is the 10th most famous Hungarian Chess Player.  His biography has been translated into 15 different languages.

Lajos Asztalos (Ljudevit Astaloš) (29 July 1889, Pécs – 1 November 1956, Budapest) was a Hungarian chess International Master, professor, and teacher of languages. At the beginning of his career, he tied for sixth-eighth at Budapest 1911 (third HUN-ch, Zoltán von Balla and Zsigmond Barász won); tied for 7-8th at Breslau (Wrocław) 1912 (18th DSB–Congress, B tourn, Bernhard Gregory won); took second, behind Gyula Breyer, at Temesvár 1912 (fourth HUN-ch); won at Debrecen 1913 (fifth HUN-ch); tied for 8-9th at Budapest 1913 (Rudolf Spielmann won), took fifth at Mannheim 1914 (Hauptturnier A); took 4th at Vienna 1917 (Quadrangular, Milan Vidmar won), and took 5th at Kaschau 1918 (Richard Réti won). After World War I, he moved to the Kingdom of Serbs, Croats and Slovenes (later known as Yugoslavia). In 1923, he tied for sixth-seventh in Trieste; (Paul Johner won). In 1924, he took third in Győr (7th HUN-ch, Géza Nagy won). In 1925, he took 5th in Budapest (Lovas and Sterk won), and tied for 13-14th in Debrecen (Hans Kmoch won). In 1926, he took third, behind Hermanis Matisons and Savielly Tartakower, in Bardejov (Bártfa, Bartfeld, Bardiów). In 1927 he took 4th in Kecskemét (Alexander Alekhine won).He represented Yugoslavia in Chess Olympiads: In 1926, in 2nd unofficial Chess Olympiad in Budapest – team silver medal; In 1927, at third board in 1st Chess Olympiad in London (+4 –3 =8); In 1931, at second board in 4th Chess Olympiad in Prague (+7 –3 =6); In 1936, at fourth board in 3rd unofficial Chess Olympiad in Munich (+5 –3 =8).In 1931, he took 13th in Bled (Alekhine won). In 1934, he took sixth in Maribor (Vasja Pirc and Lajos Steiner won). In 1935, he tied for 8-9th in Belgrade (Vasja Pirc and Borislav Kostić won). In 1938, he tied for 5-7th in Ljubljana (Kostić won).During World War II, Astaloš played for Croatia in a match against Slovakia on first board with Ivan Vladimir Rohaček (1 : 1) in Zagreb in December 1941. He returned to Hungary in 1942. Asztalos became Vice President of the Hungarian Chess Union and Secretary of the FIDE Qualification Committee. He was a professor of philosophy and a languages teacher.He died in Budapest during the Hungarian Revolution of 1956 against the Soviet Union. He was awarded the International Master (IM) title in 1950 and the International Arbiter (IA) title in 1951. He was the author of A sakkjáték elemei (Budapest 1951).Asztalos Memorial has been held regularly in Hungary since 1958 till 1971.

Which Chess Players were alive at the same time? This visualization shows the lifespans of the 9 most globally memorable Chess Players since 1700.