This page contains a list of the greatest Swedish Biologists. The pantheon dataset contains 841 Biologists, 31 of which were born in Sweden. This makes Sweden the birth place of the 5th most number of Biologists behind United States and France.

The following people are considered by Pantheon to be the top 10 most legendary Swedish Biologists of all time. This list of famous Swedish Biologists is sorted by HPI (Historical Popularity Index), a metric that aggregates information on a biography’s online popularity. Visit the rankings page to view the entire list of Swedish Biologists. 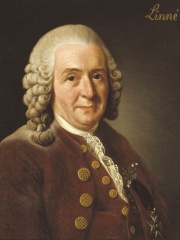 With an HPI of 87.29, Carl Linnaeus is the most famous Swedish Biologist.  His biography has been translated into 172 different languages on wikipedia.

Carl Linnaeus (; 23 May 1707 – 10 January 1778), also known after his ennoblement in 1761 as Carl von Linné (Swedish pronunciation: [ˈkɑːɭ fɔn lɪˈneː] (listen)), was a Swedish botanist, zoologist, taxonomist, and physician who formalised binomial nomenclature, the modern system of naming organisms. He is known as the "father of modern taxonomy". Many of his writings were in Latin; his name is rendered in Latin as Carolus Linnæus and, after his 1761 ennoblement, as Carolus a Linné. Linnaeus was born in Råshult, the countryside of Småland, in southern Sweden. He received most of his higher education at Uppsala University and began giving lectures in botany there in 1730. He lived abroad between 1735 and 1738, where he studied and also published the first edition of his Systema Naturae in the Netherlands. He then returned to Sweden where he became professor of medicine and botany at Uppsala. In the 1740s, he was sent on several journeys through Sweden to find and classify plants and animals. In the 1750s and 1760s, he continued to collect and classify animals, plants, and minerals, while publishing several volumes. He was one of the most acclaimed scientists in Europe at the time of his death. Philosopher Jean-Jacques Rousseau sent him the message: "Tell him I know no greater man on earth." Johann Wolfgang von Goethe wrote: "With the exception of Shakespeare and Spinoza, I know no one among the no longer living who has influenced me more strongly." Swedish author August Strindberg wrote: "Linnaeus was in reality a poet who happened to become a naturalist." Linnaeus has been called Princeps botanicorum (Prince of Botanists) and "The Pliny of the North". He is also considered one of the founders of modern ecology.In botany and zoology, the abbreviation L. is used to indicate Linnaeus as the authority for a species' name. In older publications, the abbreviation "Linn." is found. Linnaeus's remains constitute the type specimen for the species Homo sapiens following the International Code of Zoological Nomenclature, since the sole specimen that he is known to have examined was himself. 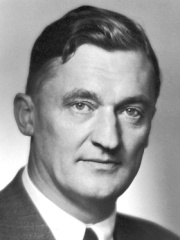 With an HPI of 64.31, Hugo Theorell is the 2nd most famous Swedish Biologist.  His biography has been translated into 50 different languages.

Axel Hugo Theodor Theorell (6 July 1903 – 15 August 1982) was a Swedish scientist and Nobel Prize laureate in medicine.He was born in Linköping as the son of Thure Theorell and his wife Armida Bill. Theorell went to Secondary School at Katedralskolan in Linköping and passed his examination there on 23 May 1921. In September, he began to study medicine at the Karolinska Institute and in 1924 he graduated as a Bachelor of Medicine. He then spent three months studying bacteriology at the Pasteur Institute in Paris under Professor Albert Calmette. In 1930 he obtained his M.D. degree with a theory on the lipids of the blood plasma, and was appointed professor in physiological chemistry at the Karolinska Institute. Theorell, who dedicated his entire career to enzyme research, received the Nobel Prize in Physiology or Medicine in 1955 for discovering oxidoreductase enzymes and their effects. His contribution also consisted of the theory of the toxic effects of sodium fluoride on the cofactors of crucial human enzymes. In 1936 he was appointed Head of the newly established Biochemical Department of the Nobel Medical Institute, the first researcher related to the Institute to be awarded a Nobel Prize. His work had led to pioneering progress on alcohol dehydrogenases, enzymes that break down alcohol in the liver and other tissues. He received honorary degrees at universities in France, Belgium, Brazil and the United States. Theorell died in Stockholm and is interred in Norra begravningsplatsen (The Northern Cemetery) alongside his wife, Elin Margit Elisabeth (née Alenius) Theorell, a distinguished pianist and harpsichordist who died in 2002. 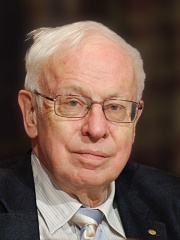 With an HPI of 62.96, Tomas Lindahl is the 3rd most famous Swedish Biologist.  His biography has been translated into 54 different languages. 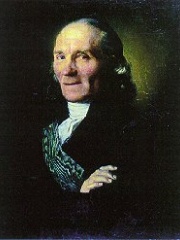 With an HPI of 61.89, Carl Peter Thunberg is the 4th most famous Swedish Biologist.  His biography has been translated into 33 different languages.

Carl Peter Thunberg, also known as Karl Peter von Thunberg, Carl Pehr Thunberg, or Carl Per Thunberg (11 November 1743 – 8 August 1828), was a Swedish naturalist and an "apostle" of Carl Linnaeus. After studying under Linnaeus at Uppsala University, he spent seven years travelling in southern Africa and Asia, collecting and describing many plants and animals new to European science, and observing local cultures. He has been called "the father of South African botany", "pioneer of Occidental Medicine in Japan", and the "Japanese Linnaeus". 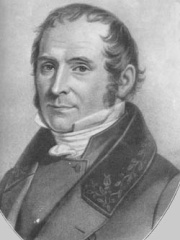 With an HPI of 60.14, Elias Magnus Fries is the 5th most famous Swedish Biologist.  His biography has been translated into 35 different languages. 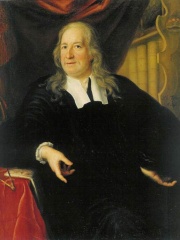 With an HPI of 59.29, Olaus Rudbeck is the 6th most famous Swedish Biologist.  His biography has been translated into 26 different languages.

Olaus Rudbeck (also known as Olof Rudbeck the Elder, to distinguish him from his son, and occasionally with the surname Latinized as Olaus Rudbeckius) (13 September 1630 – 12 December 1702) was a Swedish scientist and writer, professor of medicine at Uppsala University, and for several periods rector magnificus of the same university. He was born in Västerås, the son of Bishop Johannes Rudbeckius, who was personal chaplain to King Gustavus Adolphus, and the father of botanist Olof Rudbeck the Younger. Rudbeck is primarily known for his contributions in two fields: human anatomy and linguistics, but he was also accomplished in many other fields including music and botany. He established the first botanical garden in Sweden at Uppsala, called Rudbeck's Garden, but which was renamed a hundred years later for his son's student, the botanist Carl Linnaeus. 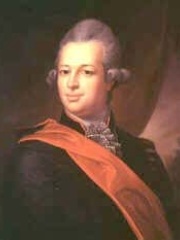 With an HPI of 57.80, Carl Linnaeus the Younger is the 7th most famous Swedish Biologist.  His biography has been translated into 24 different languages. 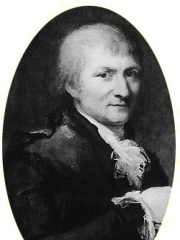 With an HPI of 56.58, Adam Afzelius is the 8th most famous Swedish Biologist.  His biography has been translated into 27 different languages.

Adam Afzelius (8 October 1750 – 20 January 1837) was a Swedish botanist and an apostle of Carl Linnaeus. Afzelius was born at Larv in Västergötland in 1750. He was appointed teacher of oriental languages at Uppsala University in 1777, and in 1785 demonstrator of botany. In 1793 he was elected a member of the Royal Swedish Academy of Sciences. In 1800, Adam Afzelius became member of the German Academy of Sciences Leopoldina.Between 1792 and 1796, as part of the Sierra Leone Company, he made two journeys to West Africa, where he reported on the geography, climate and natural resources of the region. While here, he also collected botanical specimens that were later acquired by Uppsala University.In 1797-98 he acted as secretary of the Swedish embassy in London and on 19 April 1798, he was elected Fellow of the Royal Society. Returning to Sweden, he again took up his position as botanices demonstrator at Uppsala, and was in 1802 elected president of the "Zoophytolithic Society" (later called the Linnaean Institute). In 1812 he became professor of materia medica at the university. He died in Uppsala in 1837. In addition to various botanical writings, he published the autobiography of Carl Linnaeus in 1823.His brother, Johan Afzelius (1753–1837), was professor of chemistry at Uppsala; and another brother, Pehr von Afzelius (1760–1843; the "von" was added when he was ennobled), who became a professor of medicine at Uppsala in 1801, was distinguished as a medical teacher and practitioner.The botanical genus Afzelia (subfamily Caesalpinioideae) commemorates his name, and in 1857, the plant species Anubias afzelii was named after him by Heinrich Wilhelm Schott. 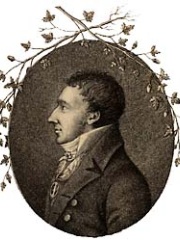 With an HPI of 56.06, Erik Acharius is the 9th most famous Swedish Biologist.  His biography has been translated into 30 different languages.

Erik Acharius (10 October 1757 – 14 August 1819) was a Swedish botanist who pioneered the taxonomy of lichens and is known as the "father of lichenology." Acharius was famously the last pupil of Carl Linnaeus.

With an HPI of 55.97, Eva Ekeblad is the 10th most famous Swedish Biologist.  Her biography has been translated into 39 different languages.

Eva Ekeblad (née De la Gardie; 10 July 1724 – 15 May 1786) was a Swedish countess, salon hostess, agronomist, and scientist. She was widely known for discovering a method in 1746 to make alcohol and flour from potatoes, allowing greater use of scarce grains for food production, significantly reducing Sweden's incidence of famine. Ekeblad was the first female member of the Royal Swedish Academy of Sciences (1748).