This page contains a list of the greatest French Biologists. The pantheon dataset contains 844 Biologists, 105 of which were born in France. This makes France the birth place of the 4th most number of Biologists behind United Kingdom and United States.

The following people are considered by Pantheon to be the top 10 most legendary French Biologists of all time. This list of famous French Biologists is sorted by HPI (Historical Popularity Index), a metric that aggregates information on a biography’s online popularity. Visit the rankings page to view the entire list of French Biologists. 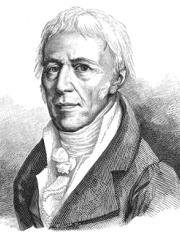 With an HPI of 83.09, Jean-Baptiste Lamarck is the most famous French Biologist.  His biography has been translated into 83 different languages on wikipedia.

Jean-Baptiste Pierre Antoine de Monet, chevalier de Lamarck (1 August 1744 – 18 December 1829), often known simply as Lamarck (; French: [ʒɑ̃batist lamaʁk]), was a French naturalist. He was a soldier, biologist, and academic, and an early proponent of the idea that biological evolution occurred and proceeded in accordance with natural laws.Lamarck fought in the Pomeranian War (1757–62) against Prussia, and was awarded a commission for bravery on the battlefield. Posted to Monaco, Lamarck became interested in natural history and resolved to study medicine. He retired from the army after being injured in 1766, and returned to his medical studies. Lamarck developed a particular interest in botany, and later, after he published the three-volume work Flore françoise (1778), he gained membership of the French Academy of Sciences in 1779. Lamarck became involved in the Jardin des Plantes and was appointed to the Chair of Botany in 1788. When the French National Assembly founded the Muséum national d'Histoire naturelle in 1793, Lamarck became a professor of zoology. In 1801, he published Système des animaux sans vertèbres, a major work on the classification of invertebrates, a term which allegedly he coined. In an 1802 publication, he became one of the first to use the term "biology" in its modern sense. Lamarck continued his work as a premier authority on invertebrate zoology. He is remembered, at least in malacology, as a taxonomist of considerable stature. The modern era generally remembers Lamarck for a theory of inheritance of acquired characteristics, called Lamarckism (inaccurately named after him), soft inheritance, or use/disuse theory, which he described in his 1809 Philosophie Zoologique. However, the idea of soft inheritance long antedates him, formed only a small element of his theory of evolution, and was in his time accepted by many natural historians. Lamarck's contribution to evolutionary theory consisted of the first truly cohesive theory of biological evolution, in which an alchemical complexifying force drove organisms up a ladder of complexity, and a second environmental force adapted them to local environments through use and disuse of characteristics, differentiating them from other organisms. Scientists have debated whether advances in the field of transgenerational epigenetics mean that Lamarck was to an extent correct, or not. 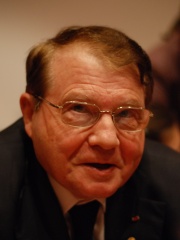 With an HPI of 79.40, Luc Montagnier is the 2nd most famous French Biologist.  His biography has been translated into 56 different languages.

Luc Montagnier (US: ; US: , French: [mɔ̃taɲe]; born 18 August 1932) is a French virologist and joint recipient, with Françoise Barré-Sinoussi and Harald zur Hausen, of the 2008 Nobel Prize in Physiology or Medicine for his discovery of the human immunodeficiency virus (HIV). He has worked as a researcher at the Pasteur Institute in Paris and as a full-time professor at Shanghai Jiao Tong University in China.Montagnier has promoted several controversial and unverified claims surrounding vaccinations, homeopathy and the COVID-19 pandemic. For instance, his criticism of the French government's vaccine program prompted widespread outcry in the scientific community. In 2017, 106 academic scientists wrote an open letter “calling [the professor] to order”. The letter read: “We, academics of medicine, cannot accept that one of our peers is using his Nobel prize [status] to spread dangerous health messages outside of his field of knowledge." 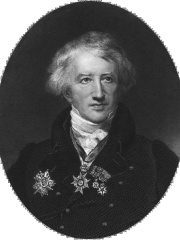 With an HPI of 79.08, Georges Cuvier is the 3rd most famous French Biologist.  His biography has been translated into 67 different languages.

Jean Léopold Nicolas Frédéric, Baron Cuvier (French: [kyvje]; 23 August 1769 – 13 May 1832), known as Georges Cuvier, was a French naturalist and zoologist, sometimes referred to as the "founding father of paleontology". Cuvier was a major figure in natural sciences research in the early 19th century and was instrumental in establishing the fields of comparative anatomy and paleontology through his work in comparing living animals with fossils. Cuvier's work is considered the foundation of vertebrate paleontology, and he expanded Linnaean taxonomy by grouping classes into phyla and incorporating both fossils and living species into the classification. Cuvier is also known for establishing extinction as a fact—at the time, extinction was considered by many of Cuvier's contemporaries to be merely controversial speculation. In his Essay on the Theory of the Earth (1813) Cuvier proposed that now-extinct species had been wiped out by periodic catastrophic flooding events. In this way, Cuvier became the most influential proponent of catastrophism in geology in the early 19th century. His study of the strata of the Paris basin with Alexandre Brongniart established the basic principles of biostratigraphy.Among his other accomplishments, Cuvier established that elephant-like bones found in the USA belonged to an extinct animal he later would name as a mastodon, and that a large skeleton dug up in Paraguay was of Megatherium, a giant, prehistoric ground sloth. He named the pterosaur Pterodactylus, described (but did not discover or name) the aquatic reptile Mosasaurus, and was one of the first people to suggest the earth had been dominated by reptiles, rather than mammals, in prehistoric times. Cuvier is also remembered for strongly opposing theories of evolution, which at the time (before Darwin's theory) were mainly proposed by Jean-Baptiste de Lamarck and Geoffroy Saint-Hilaire. Cuvier believed there was no evidence for evolution, but rather evidence for cyclical creations and destructions of life forms by global extinction events such as deluges. In 1830, Cuvier and Geoffroy engaged in a famous debate, which is said to exemplify the two major deviations in biological thinking at the time – whether animal structure was due to function or (evolutionary) morphology. Cuvier supported function and rejected Lamarck's thinking. Cuvier also conducted racial studies which provided part of the foundation for scientific racism, and published work on the supposed differences between racial groups' physical properties and mental abilities. Cuvier subjected Sarah Baartman to examinations alongside other French naturalists during a period in which she was held captive in a state of neglect. Cuvier examined Baartman shortly before her death, and conducted an autopsy following her death that disparagingly compared her physical features to those of monkeys.Cuvier's most famous work is Le Règne Animal (1817; English: The Animal Kingdom). In 1819, he was created a peer for life in honor of his scientific contributions. Thereafter, he was known as Baron Cuvier. He died in Paris during an epidemic of cholera. Some of Cuvier's most influential followers were Louis Agassiz on the continent and in the United States, and Richard Owen in Britain. His name is one of the 72 names inscribed on the Eiffel Tower. 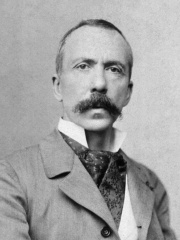 With an HPI of 75.14, Charles Richet is the 4th most famous French Biologist.  His biography has been translated into 55 different languages.

Professor Charles Robert Richet (25 August 1850 – 4 December 1935) was a French physiologist at the Collège de France known for his pioneering work in immunology. In 1913, he won the Nobel Prize in Physiology or Medicine "in recognition of his work on anaphylaxis". Richet devoted many years to the study of paranormal and spiritualist phenomena, coining the term "ectoplasm". He also believed in the inferiority of blacks, was a proponent of eugenics and presided over the French Eugenics Society towards the end of his life. The Richet line of professorships of medical science would continue through his son Charles and his grandson Gabriel. Gabriel Richet was one of the great pioneers of European nephrology. 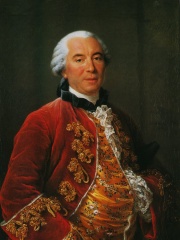 With an HPI of 75.06, Georges-Louis Leclerc, Comte de Buffon is the 5th most famous French Biologist.  His biography has been translated into 59 different languages.

Georges-Louis Leclerc, Comte de Buffon (French: [ʒɔʁʒ lwi ləklɛʁ kɔ̃t də byfɔ̃]; 7 September 1707 – 16 April 1788) was a French naturalist, mathematician, cosmologist, and encyclopédiste. His works influenced the next two generations of naturalists, including two prominent French scientists Jean-Baptiste Lamarck and Georges Cuvier. Buffon published thirty-six quarto volumes of his Histoire Naturelle during his lifetime, with additional volumes based on his notes and further research being published in the two decades following his death.Ernst Mayr wrote that "Truly, Buffon was the father of all thought in natural history in the second half of the 18th century".Buffon held the position of intendant (director) at the Jardin du Roi, now called the Jardin des Plantes. 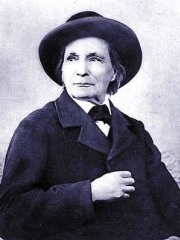 With an HPI of 73.77, Jean-Henri Fabre is the 6th most famous French Biologist.  His biography has been translated into 36 different languages.

Jean-Henri Casimir Fabre (21 December 1823 – 11 October 1915) was a French naturalist, entomologist, and author known for the lively style of his popular books on the lives of insects. 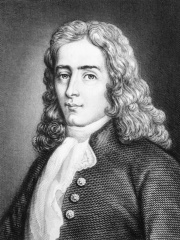 With an HPI of 73.77, René Antoine Ferchault de Réaumur is the 7th most famous French Biologist.  His biography has been translated into 38 different languages. 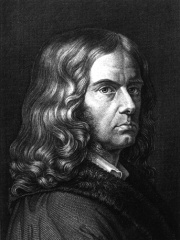 With an HPI of 73.64, Adelbert von Chamisso is the 8th most famous French Biologist.  His biography has been translated into 46 different languages.

Adelbert von Chamisso (German pronunciation: [ˈaːdl̩bɛʁt fɔn ʃaˈmɪso]; 30 January 1781 – 21 August 1838) was a German poet and botanist, author of Peter Schlemihl, a famous story about a man who sold his shadow. He was commonly known in French as Adelbert de Chamisso (or Chamissot) de Boncourt, a name referring to the family estate at Boncourt. 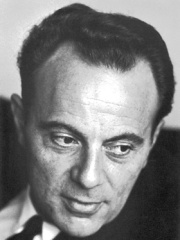 With an HPI of 72.55, François Jacob is the 9th most famous French Biologist.  His biography has been translated into 51 different languages.

François Jacob (17 June 1920 – 19 April 2013) was a French biologist who, together with Jacques Monod, originated the idea that control of enzyme levels in all cells occurs through regulation of transcription. He shared the 1965 Nobel Prize in Medicine with Jacques Monod and André Lwoff. 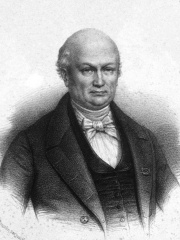 With an HPI of 72.30, Étienne Geoffroy Saint-Hilaire is the 10th most famous French Biologist.  His biography has been translated into 44 different languages.

Étienne Geoffroy Saint-Hilaire (15 April 1772 – 19 June 1844) was a French naturalist who established the principle of "unity of composition". He was a colleague of Jean-Baptiste Lamarck and expanded and defended Lamarck's evolutionary theories. Geoffroy's scientific views had a transcendental flavor (unlike Lamarck's materialistic views) and were similar to those of German morphologists like Lorenz Oken. He believed in the underlying unity of organismal design, and the possibility of the transmutation of species in time, amassing evidence for his claims through research in comparative anatomy, paleontology, and embryology.

Pantheon has 105 people classified as biologists born between 1507 and 1968. Of these 105, 5 (4.76%) of them are still alive today. The most famous living biologists include Luc Montagnier, Françoise Barré-Sinoussi, and Roger Guillemin. The most famous deceased biologists include Jean-Baptiste Lamarck, Georges Cuvier, and Charles Richet. As of October 2020, 24 new biologists have been added to Pantheon including Philibert Commerson, Charles Chamberland, and Sébastien Vaillant.