This page contains a list of the greatest Belgian Athletes. The pantheon dataset contains 3,055 Athletes, 21 of which were born in Belgium. This makes Belgium the birth place of the 34th most number of Athletes behind South Africa and India.

The following people are considered by Pantheon to be the top 10 most legendary Belgian Athletes of all time. This list of famous Belgian Athletes is sorted by HPI (Historical Popularity Index), a metric that aggregates information on a biography’s online popularity. Visit the rankings page to view the entire list of Belgian Athletes. 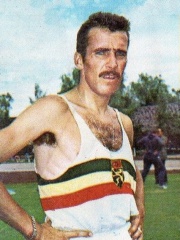 With an HPI of 64.16, Gaston Roelants is the most famous Belgian Athlete.  His biography has been translated into 20 different languages on wikipedia.

Gaston, Baron Roelants (born 5 February 1937), is a Belgian former elite steeplechaser and cross country runner. He won the 1962 European and 1964 Olympic titles in the 3000 m steeplechase and twice broke the world record. 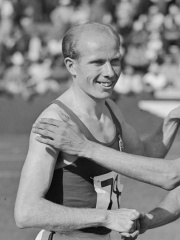 With an HPI of 63.96, Gaston Reiff is the 2nd most famous Belgian Athlete.  His biography has been translated into 22 different languages.

Gaston Étienne Ghislaine Reiff (24 February 1921 – 6 May 1992) was a Belgian runner. He competed at the 1948 and 1952 Olympics in the 5000 m event and won it in 1948, defeating Emil Zátopek in the final and becoming the first Belgian track and field athlete to win an Olympic title. He lost to Zátopek at the 1950 European Championships, placing third.Reiff competed in boxing and football before changing to athletics. Besides his Olympic gold medal he set world records in the 2000 m, 3000 m and 2 miles and won 24 national titles; in 1951 he held Belgian records on distances ranging from 1000 m to 10000 m. A street in Braine-l'Alleud and the town's stadium are named after Reiff in his home town of Braine-l'Alleud. 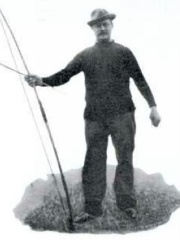 With an HPI of 62.38, Hubert Van Innis is the 3rd most famous Belgian Athlete.  His biography has been translated into 20 different languages.

Hubert van Innis or Hubrecht van Innis (24 February 1866 – 25 November 1961) was a Belgian competitor in the sport of archery, he competed in two Summer Olympics 20 years apart and came away with six gold medals and three silver medals.As a young boy the story goes he was forced to work as a milk delivery boy in the villages around Brussels, and at the end of his deliveries he would send his dog and cart home while he went off to practice his archery skills.When he was 13 years old he won the first prize in a main competition Antwerp. He also won the prize in 1893, 1894, 1895 and 1896. In 1881 he won the royan prize of Roozendaal.Van Innis was 34 years old when he competed at the 1900 Summer Olympics held in Paris, France, he entered four events, he won gold medals in the Au Cordon Doré 33 metres and the Au Chapelet 33 metres events, he also came second behind Frenchman Henri Hérouin in the Au Cordon Doré 50 metres, his worst result of the Games was a fourth place in the Au Chapelet 50 metres.Van Innis had to wait another twenty years before competing on the Olympic stage, he then entered the 1920 Summer Olympics held on his home soil in Antwerp, Belgium, where he added to his medal tally with two more individual gold medals in the Individual moving bird, 28 metres beating Frenchman Léonce Quentin as only two people competed and the Individual moving bird, 33 metres, he then lost to Frenchman Julien Brulé in the Individual moving bird, 50 metres to win a silver medal, he also added three team medals with two more golds in the Team moving bird, 50 metres, Team moving bird, 33 metres and a silver medal in the Team moving bird, 28 metres, his final Olympic medal tally was six gold medals and three silver medals.Unbelievably when aged 67 years old and 13 years after his Olympic victories he went on to win in the 1933 World Championships.His legacy has continued through his family, his great-grandson Philippe Prieels has competed in the World Archery Championships and his great great granddaughter Sarah Prieels has also competed in the World Archery Championships.

With an HPI of 60.21, Étienne Gailly is the 4th most famous Belgian Athlete.  His biography has been translated into 16 different languages.

Étienne Gailly (26 November 1922, Beringen – 3 November 1971, Genval) was a Belgian soldier and Olympic athlete who competed mainly in the Marathon.

With an HPI of 59.29, Ivo Van Damme is the 5th most famous Belgian Athlete.  His biography has been translated into 17 different languages.

Ivo Van Damme (21 February 1954 – 29 December 1976) was a Belgian middle-distance runner. Van Damme played football until he was 16, but then switched to athletics. His breakthrough came in 1973, when he placed fourth in the 800 m at the European Junior Championships.He suffered from mononucleosis the following season, but returned strong beating Roger Moens's 1955 national 800 m record. In 1976, he won the European indoor title over this distance, and was one of the favourites for a medal at the 1976 Summer Olympics in Montreal. He eventually ended up second in both the 800 and 1500 m, finishing behind Alberto Juantorena and John Walker, respectively.These were his last successes, as Van Damme was killed in a car accident later that year while travelling home from Marseille in southern France. He was to marry Rita Thijs in 1977. Since 1977, a memorial competition has been held in Brussels to remember him, the Memorial Van Damme, which is now the championship final for selected disciplines of the Diamond League athletics tour. Following Van Damme's death, Belgian athletics entered a long period without athletes with international fame. Together with the athletics event named after him, this turned Van Damme into a national icon and a reminder of a glorious past and missed opportunity. It was not until the 2000s with the arrival of Kim Gevaert and Tia Hellebaut that Belgian athletics got a boost again. 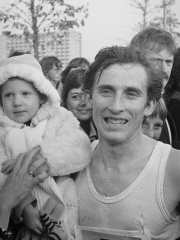 With an HPI of 56.89, Karel Lismont is the 6th most famous Belgian Athlete.  His biography has been translated into 17 different languages. 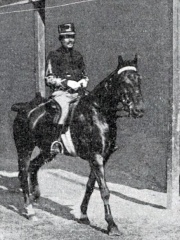 With an HPI of 56.80, Aimé Haegeman is the 7th most famous Belgian Athlete.  His biography has been translated into 15 different languages.

Aimé Haegeman (19 October 1861 – 19 September 1935) was a Belgian horse rider who competed in the 1900 Olympic Games. In Paris he won the gold medal with his horse Benton II in the jumping event. 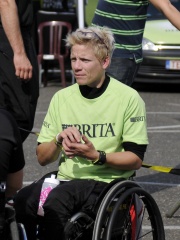 With an HPI of 53.41, Marieke Vervoort is the 8th most famous Belgian Athlete.  Her biography has been translated into 19 different languages.

Marieke Vervoort (10 May 1979 – 22 October 2019) was a Belgian Paralympic athlete who suffered from reflex sympathetic dystrophy. She won several medals at Paralympics, and she received worldwide attention in 2016 when she revealed that she was considering euthanasia. 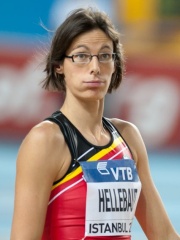 With an HPI of 53.35, Tia Hellebaut is the 9th most famous Belgian Athlete.  Her biography has been translated into 31 different languages.

Tia Hellebaut (Dutch pronunciation: [ˈti.aː ˈɦɛləbʌut]; born 16 February 1978 in Antwerp) is a retired Belgian track and field athlete, as well as a chemist, who started out in her sports career in the heptathlon, and afterwards specialized in the high jump event. She has cleared 2.05 metres both indoors and outdoors. Hellebaut was the 2008 Olympic champion in the high jump. She was previously the European Champion in 2006 and then the European Indoor Champion in 2007. She won the gold medal in the pentathlon at the 2008 IAAF World Indoor Championships. In addition to these medals, she has participated at the World Championships in Athletics on four occasions. She held the Belgian records indoor long jump and indoor pentathlon until they were broken by Nafissatou Thiam and still holds the Belgian record in both indoors and outdoors high jump. 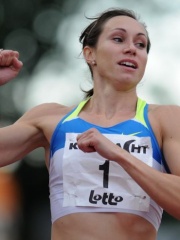 With an HPI of 49.54, Kim Gevaert is the 10th most famous Belgian Athlete.  Her biography has been translated into 25 different languages.

Kim Gevaert (born 5 August 1978 in Leuven) is a former sprint athlete and Olympic champion from Belgium.

Pantheon has 21 people classified as athletes born between 1861 and 1994. Of these 21, 15 (71.43%) of them are still alive today. The most famous living athletes include Gaston Roelants, Karel Lismont, and Tia Hellebaut. The most famous deceased athletes include Gaston Reiff, Hubert Van Innis, and Étienne Gailly. As of October 2020, 4 new athletes have been added to Pantheon including Aimé Haegeman, Marieke Vervoort, and Dylan Borlée.

Which Athletes were alive at the same time? This visualization shows the lifespans of the 5 most globally memorable Athletes since 1700.