This page contains a list of the greatest Soccer Players. The pantheon dataset contains 16,880 Soccer Players, 194 of which were born in Belgium. This makes Belgium the birth place of the 12th most number of Soccer Players behind Sweden and Uruguay. 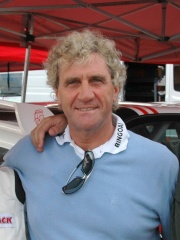 With an HPI of 60.52, Jean-Marie Pfaff is the most famous Soccer Player.  His biography has been translated into 42 different languages on wikipedia.

Jean-Marie Pfaff (born 4 December 1953) is a Belgian former professional footballer who played as a goalkeeper who spent most of his professional career with Beveren and Bayern Munich. Pfaff was capped 64 times playing for Belgium, and participated at the 1982 FIFA World Cup and 1986 FIFA World Cup tournaments. 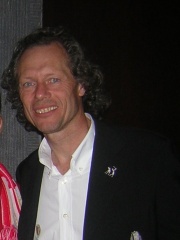 With an HPI of 58.87, Michel Preud'homme is the 2nd most famous Soccer Player.  His biography has been translated into 36 different languages.

Michel Georges Jean Ghislain Preud'homme (born 24 January 1959) is a Belgian retired footballer and manager who played as a goalkeeper. Currently, he is vice-president and sports director at Standard Liège. He was considered one of the world's best and most consistent goalkeepers during his professional career; he was the first winner of the Yashin Award as the best goalkeeper at the 1994 FIFA World Cup. At club level, Preud'homme played for Standard Liège, Mechelen and Benfica. With Mechelen, he won the Belgian Cup in 1987, the Cup Winner's Cup and the European Super Cup in 1988 and the Belgian league title in 1989. He also won the Portuguese Cup with Benfica in 1996. He retired as a player in 1999, aged 40. For Belgium, Preud'homme was capped 58 times, from 1979 to 1995. Other than the 1994 World Cup, he also played in the 1990 tournament. 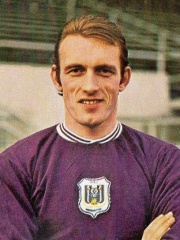 With an HPI of 58.81, Paul Van Himst is the 3rd most famous Soccer Player.  His biography has been translated into 32 different languages.

Paul Van Himst (born 2 October 1943) is a Belgian former football player and a football manager who played as a forward, most notably for R.S.C. Anderlecht. 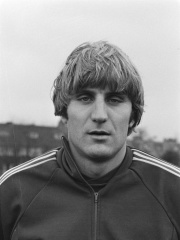 With an HPI of 57.31, Jan Ceulemans is the 4th most famous Soccer Player.  His biography has been translated into 38 different languages.

Jan Anna Gumaar Ceulemans (Dutch pronunciation: [ˈjɑn ˈkøːləˌmɑns]; born 28 February 1957) is a Belgian former professional footballer who played as an attacking midfielder. A prolific goalscorer, Ceulemans was known for his stamina, aerial ability and technique. He was also known for his power, imposing frame and natural authority.He is his country's seventh most capped player with 96 international appearances. Most of his time with Belgium took place under the guidance of Guy Thys. This period saw the Belgium squad record some of their finest results, which include reaching the final of Euro 80 and fourth place at the 1986 FIFA World Cup. 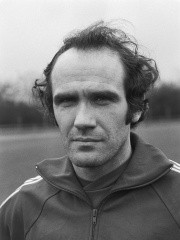 With an HPI of 55.90, Wilfried Van Moer is the 5th most famous Soccer Player.  Her biography has been translated into 22 different languages. 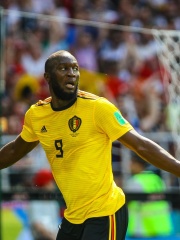 With an HPI of 55.75, Romelu Lukaku is the 6th most famous Soccer Player.  His biography has been translated into 74 different languages.

Romelu Lukaku Bolingoli (Dutch pronunciation: [ˈroːmeːlu luˈkaːku]; born 13 May 1993) is a Belgian professional footballer who plays as a striker for Serie A club Inter Milan, on loan from Premier League club Chelsea, and the Belgium national team. Lukaku began his senior club career playing for Anderlecht, where he won a Belgian Pro League title and finished as the league's top goalscorer. In 2011, he joined Chelsea in a transfer worth £10 million (€12 million), but limited playing time resulted in loans to West Bromwich Albion and Everton; in 2014, Lukaku signed with Everton in a then club-record transfer worth £28 million (€32 million), going on to finish as the league's second-top goalscorer. He subsequently signed with Manchester United in a transfer worth £75 million (€88 million), but after a breakdown in relations with the club, Lukaku departed for Inter Milan in 2019 in a club-record deal worth €80 million (£68.1 million), and won a Serie A title and Serie A Most Valuable Player. In 2021, Lukaku returned to Chelsea in a club-record transfer worth £97.5 million (€115 million), becoming the seventh-most expensive player, the most expensive Belgian player, and the most expensive player with reference to cumulative transfer fees. Belgium's all-time top goalscorer, Lukaku made his senior international debut in 2010, and has represented his country at four major tournaments: the 2016 and 2020 UEFA European Championships and the 2014 and 2018 FIFA World Cups; he finished as joint second-highest goalscorer to win the Bronze Boot in the latter. 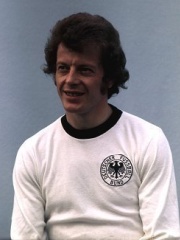 With an HPI of 55.50, Herbert Wimmer is the 7th most famous Soccer Player.  His biography has been translated into 36 different languages.

Herbert "Hacki" Wimmer (born 9 November 1944 is a German former professional footballer who played as a midfielder. Besides winning five national championships and two UEFA Cups with his club side Borussia Mönchengladbach, he won the 1974 World Cup and the UEFA Euro 1972 with Germany. 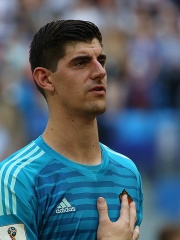 With an HPI of 55.06, Thibaut Courtois is the 8th most famous Soccer Player.  His biography has been translated into 73 different languages.

Thibaut Nicolas Marc Courtois (born 11 May 1992) is a Belgian professional footballer who plays as a goalkeeper for Spanish club Real Madrid and the Belgium national team. He is considered one of the best goalkeepers in world football.Courtois progressed through the youth system of Genk, and at age 18, he played a key role in the team's Belgian Pro League victory. In July 2011, he joined Chelsea for a reported £8 million, and was immediately loaned to Atlético Madrid. In three seasons there, he won the Europa League in 2012, the Copa del Rey in 2013, and the La Liga title in 2014. He also won the Ricardo Zamora Trophy as the best goalkeeper in La Liga for his performances in his two latter seasons. Courtois returned to Chelsea in July 2014, and in his first season he helped them win the League Cup and the Premier League title. Two years later, he won the Premier League Golden Glove as Chelsea again won the league. In 2018, Real Madrid signed Courtois for £35 million, becoming La Liga's most expensive goalkeeper, surpassing the record set by Jan Oblak. He won a second La Liga title and a third Zamora trophy in 2020. In 2022, he won a third La Liga title and first UEFA Champions League title. Courtois made his senior international debut in October 2011, becoming the youngest goalkeeper to represent Belgium. He has since earned over ninety caps and appeared at the 2014 FIFA World Cup, UEFA Euro 2016, the 2018 FIFA World Cup and UEFA Euro 2020; he was awarded the Golden Glove in 2018 as the best goalkeeper of the tournament, with Belgium finishing third. 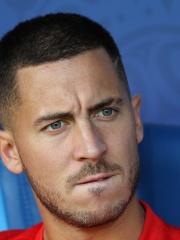 With an HPI of 54.78, Eden Hazard is the 9th most famous Soccer Player.  His biography has been translated into 82 different languages.

Eden Michael Hazard (born 7 January 1991) is a Belgian professional footballer who plays as a winger or attacking midfielder for Spanish club Real Madrid and captains the Belgium national team. Known for his creativity, dribbling, passing and vision, Hazard is considered one of the best players of his generation.Hazard is the son of two former footballers and began his career in Belgium playing for local youth clubs. In 2005, he moved to France, where he began his senior career with Ligue 1 club Lille. Hazard spent two years in the club's academy and, at the age of 16, made his professional debut in November 2007. He became an integral part of the Lille team under manager Rudi Garcia. In his first full season, he became the first non-French player to win the Ligue 1 Young Player of the Year award, and the following season became the first player to win the award twice. In the 2010–11 season, he was a part of the Lille team that won the league and cup double and, as a result of his performances, was named the Ligue 1 Player of the Year, the youngest player to win the award.After making over 190 appearances and scoring 50 goals for Lille, Hazard signed for English club Chelsea in June 2012. He won the UEFA Europa League in his first season and the PFA Young Player of the Year in his second. In the 2014–15 season, Hazard helped Chelsea win the League Cup and Premier League, earning him the FWA Footballer of the Year and the PFA Players' Player of the Year awards. Two years later he won his second English league title as Chelsea won the 2016–17 Premier League. In 2018, he won the FA Cup, and was named in the FIFA FIFPro World XI. He won the Europa League again with Chelsea in June 2019. At Chelsea, Hazard established himself as one of the best players in the world. He joined Real Madrid in the summer of 2019 in a transfer worth up to €150 million, making it one of the highest transfer fees ever, however continuous injuries resulted in Hazard playing a limited amount of games and declining in performances. Having represented his country at various youth levels, Hazard made his senior debut for the Belgium national team in November 2008, aged 17, in a friendly match against Luxembourg. Nearly three years after his debut, Hazard scored his first international goal against Kazakhstan in October 2011. He has since earned over 120 caps, and was a member of the Belgian squad which reached the quarter-finals of the 2014 FIFA World Cup, UEFA Euro 2016, and UEFA Euro 2020. At the 2018 FIFA World Cup, he captained Belgium to third place which was their best finish in history, receiving the Silver Ball as the second-best player of the tournament. Since 2015, he has been the captain of the team, which coincided with the time Belgium topped the FIFA men's ranking for the first time, the longest continuous reign of any European teams.

With an HPI of 54.25, Enzo Scifo is the 10th most famous Soccer Player.  His biography has been translated into 36 different languages.

Vincenzo "Enzo" Daniele Scifo (Italian pronunciation: [ˈɛntso ʃˈʃiːfo]; born 19 February 1966) is a retired Belgian football midfielder. He has also managed the Belgium national under-21 football team and several Belgian club sides. He played for clubs in Belgium, France and Italy, where he won several domestic titles. At international level, he was a member of the Belgian national team, for which he appeared in four FIFA World Cups, being one of three Belgian players ever to do so.