This page contains a list of the greatest Italian Architects. The pantheon dataset contains 424 Architects, 62 of which were born in Italy. This makes Italy the birth place of the most number of Architects.

The following people are considered by Pantheon to be the top 10 most legendary Italian Architects of all time. This list of famous Italian Architects is sorted by HPI (Historical Popularity Index), a metric that aggregates information on a biography’s online popularity. Visit the rankings page to view the entire list of Italian Architects. 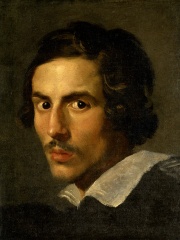 With an HPI of 79.97, Gian Lorenzo Bernini is the most famous Italian Architect.  His biography has been translated into 71 different languages on wikipedia.

Gian Lorenzo (or Gianlorenzo) Bernini (UK: , US: , Italian: [ˈdʒan loˈrɛntso berˈniːni]; Italian Giovanni Lorenzo; 7 December 1598 – 28 November 1680) was an Italian sculptor and architect. While a major figure in the world of architecture, he was more prominently the leading sculptor of his age, credited with creating the Baroque style of sculpture. As one scholar has commented, "What Shakespeare is to drama, Bernini may be to sculpture: the first pan-European sculptor whose name is instantaneously identifiable with a particular manner and vision, and whose influence was inordinately powerful ..." In addition, he was a painter (mostly small canvases in oil) and a man of the theater: he wrote, directed and acted in plays (mostly Carnival satires), for which he designed stage sets and theatrical machinery. He produced designs as well for a wide variety of decorative art objects including lamps, tables, mirrors, and even coaches. As an architect and city planner, he designed secular buildings, churches, chapels, and public squares, as well as massive works combining both architecture and sculpture, especially elaborate public fountains and funerary monuments and a whole series of temporary structures (in stucco and wood) for funerals and festivals. His broad technical versatility, boundless compositional inventiveness and sheer skill in manipulating marble ensured that he would be considered a worthy successor of Michelangelo, far outshining other sculptors of his generation. His talent extended beyond the confines of sculpture to a consideration of the setting in which it would be situated; his ability to synthesize sculpture, painting, and architecture into a coherent conceptual and visual whole has been termed by the late art historian Irving Lavin the "unity of the visual arts". 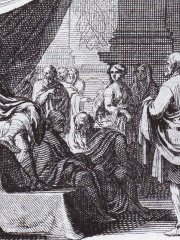 With an HPI of 78.72, Vitruvius is the 2nd most famous Italian Architect.  His biography has been translated into 74 different languages.

Vitruvius (; c. 80–70 BC – after c. 15 BC) was a Roman architect and engineer during the 1st century BC, known for his multi-volume work entitled De architectura. He originated the idea that all buildings should have three attributes: firmitas, utilitas, and venustas ("strength", "utility", and "beauty"). These principles were later widely adopted in Roman architecture. His discussion of perfect proportion in architecture and the human body led to the famous Renaissance drawing of the Vitruvian Man by Leonardo da Vinci. Little is known about Vitruvius' life, but by his own description he served as an artilleryman, the third class of arms in the Roman military offices. He probably served as a senior officer of artillery in charge of doctores ballistarum (artillery experts) and libratores who actually operated the machines. As an army engineer he specialized in the construction of ballista and scorpio artillery war machines for sieges. It is possible that Vitruvius served with Julius Caesar's chief engineer Lucius Cornelius Balbus. Vitruvius' De architectura was widely copied in the Middle Ages and survives in many dozens of manuscripts though in 1414 it was "rediscovered" by the Florentine humanist Poggio Bracciolini in the library of Saint Gall Abbey. Leon Battista Alberti published it in his seminal treatise on architecture, De re aedificatoria (c. 1450). The first known Latin printed edition was by Fra Giovanni Sulpitius in Rome in 1486. Translations followed in Italian, French, English, German, Spanish, and several other languages. Though the original illustrations have been lost, the first illustrated edition was published in Venice in 1511 by Fra Giovanni Giocondo, with woodcut illustrations based on descriptions in the text. 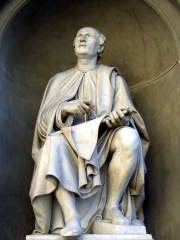 With an HPI of 77.92, Filippo Brunelleschi is the 3rd most famous Italian Architect.  His biography has been translated into 65 different languages.

Filippo Brunelleschi ( BROO-nə-LESK-ee, Italian: [fiˈlippo brunelˈleski], also known as Pippo; 1377 – 15 April 1446), considered to be a founding father of Renaissance architecture, was an Italian architect, designer, and sculptor, and is now recognized to be the first modern engineer, planner, and sole construction supervisor. In 1421, Brunelleschi became the first person to receive a patent in the Western world. He is most famous for designing the dome of the Florence Cathedral, a feat of engineering that had not been accomplished since antiquity, as well as the development of the mathematical technique of linear perspective in art which governed pictorial depictions of space until the late 19th century and influenced the rise of modern science. His accomplishments also include other architectural works, sculpture, mathematics, engineering, and ship design. His principal surviving works can be found in Florence. 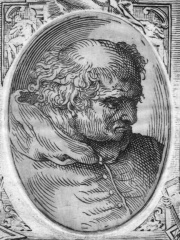 With an HPI of 75.76, Donato Bramante is the 4th most famous Italian Architect.  His biography has been translated into 66 different languages.

Donato Bramante (UK: bram-AN-tay, US: brə-MAHN-tay, -⁠tee, Italian: [doˈnaːto braˈmante]; 1444 – 11 April 1514), born as Donato di Pascuccio d'Antonio and also known as Bramante Lazzari, was an Italian architect and painter. He introduced Renaissance architecture to Milan and the High Renaissance style to Rome, where his plan for St. Peter's Basilica formed the basis of design executed by Michelangelo. His Tempietto (San Pietro in Montorio) marked the beginning of the High Renaissance in Rome (1502) when Pope Julius II appointed him to build a sanctuary over the spot where Peter was martyred. 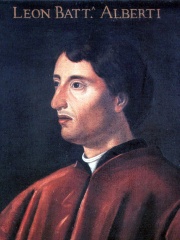 With an HPI of 75.56, Leon Battista Alberti is the 5th most famous Italian Architect.  His biography has been translated into 61 different languages.

Leon Battista Alberti (Italian: [leˈom batˈtista alˈbɛrti]; 14 February 1404 – 25 April 1472) was an Italian Renaissance humanist author, artist, architect, poet, priest, linguist, philosopher, and cryptographer; he epitomised the nature of those identified now as polymaths. He is considered the founder of Western cryptography, a claim he shares with Johannes Trithemius.Although he often is characterized exclusively as an architect, as James Beck has observed, "to single out one of Leon Battista's 'fields' over others as somehow functionally independent and self-sufficient is of no help at all to any effort to characterize Alberti's extensive explorations in the fine arts". Although Alberti is known mostly for being an artist, he was also a mathematician of many sorts and made great advances to this field during the fifteenth century. The two most important buildings he designed are the churches of San Sebastiano (1460) and Sant'Andrea (1472), both in Mantua.Alberti's life was described in Giorgio Vasari's Lives of the Most Excellent Painters, Sculptors, and Architects. 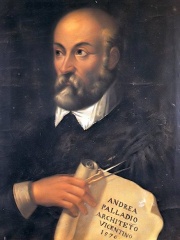 With an HPI of 75.54, Andrea Palladio is the 6th most famous Italian Architect.  His biography has been translated into 70 different languages.

Andrea Palladio ( pə-LAH-dee-oh; Italian: [anˈdrɛːa palˈlaːdjo]; 30 November 1508 – 19 August 1580) was an Italian Renaissance architect active in the Venetian Republic. Palladio, influenced by Roman and Greek architecture, primarily Vitruvius, is widely considered to be one of the most influential individuals in the history of architecture. While he designed churches and palaces, he was best known for country houses and villas. His teachings, summarized in the architectural treatise, The Four Books of Architecture, gained him wide recognition.The city of Vicenza, with its 23 buildings designed by Palladio, and 24 Palladian villas of the Veneto are listed by UNESCO as part of a World Heritage Site named City of Vicenza and the Palladian Villas of the Veneto. The churches of Palladio are to be found within the "Venice and its Lagoon" UNESCO World Heritage Site. 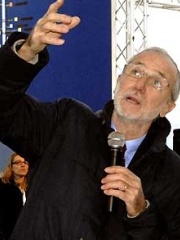 With an HPI of 70.14, Renzo Piano is the 7th most famous Italian Architect.  His biography has been translated into 63 different languages.

Renzo Piano (Italian: [ˈrɛntso ˈpjaːno]; born 14 September 1937) is an Italian architect. His notable buildings include the Centre Georges Pompidou in Paris (with Richard Rogers, 1977), The Shard in London (2012), the Whitney Museum of American Art in New York City (2015), İstanbul Modern in Istanbul (2022) and Stavros Niarchos Foundation Cultural Center in Athens (2016). He won the Pritzker Architecture Prize in 1998. Piano has been a Senator for Life in the Italian Senate since 2013. 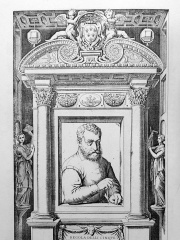 With an HPI of 66.26, Giacomo Barozzi da Vignola is the 8th most famous Italian Architect.  His biography has been translated into 39 different languages.

Giacomo Barozzi da Vignola (UK: vin-YOH-lə, US: veen-, Italian: [ˈdʒaːkomo baˈrɔttsi da (v)viɲˈɲɔːla]; 1 October 1507 – 7 July 1573), often simply called Vignola, was one of the great Italian architects of 16th century Mannerism. His two great masterpieces are the Villa Farnese at Caprarola and the Jesuits' Church of the Gesù in Rome. The three architects who spread the Italian Renaissance style throughout Western Europe are Vignola, Serlio and Palladio. He is often considered the most important architect in Rome in the Mannerist era. 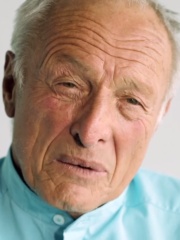 With an HPI of 65.74, Richard Rogers is the 9th most famous Italian Architect.  His biography has been translated into 48 different languages.

Richard George Rogers, Baron Rogers of Riverside, (23 July 1933 – 18 December 2021) was a British architect noted for his modernist and functionalist designs in high-tech architecture. He was a senior partner at Rogers Stirk Harbour + Partners, previously known as the Richard Rogers Partnership, until June 2020. Rogers was perhaps best known for his work on the Pompidou Centre in Paris, the Lloyd's building and Millennium Dome, both in London, the Senedd building, in Cardiff, and the European Court of Human Rights building, in Strasbourg. He was awarded the RIBA Gold Medal, the Thomas Jefferson Medal, the RIBA Stirling Prize, the Minerva Medal, and the Pritzker Prize. 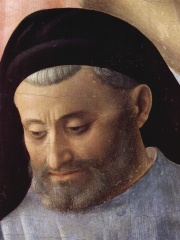 With an HPI of 65.62, Michelozzo is the 10th most famous Italian Architect.  His biography has been translated into 38 different languages.

Michelozzo di Bartolomeo Michelozzi (1396 – 7 October 1472) was an Italian architect and sculptor. Considered one of the great pioneers of architecture during the Renaissance, Michelozzo was a favored Medici architect who was extensively employed by Cosimo de' Medici. He was a pupil of Lorenzo Ghiberti in his early years, and later collaborated with Donatello. Known primarily for designing Palazzo Medici Riccardi in Florence, he is often overshadowed by his contemporaries Donatello in sculpture and Brunelleschi in architecture.

Which Architects were alive at the same time? This visualization shows the lifespans of the 24 most globally memorable Architects since 1700.