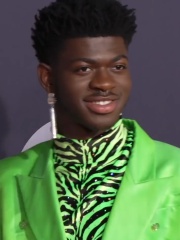 Montero Lamar Hill (born April 9, 1999), known by his stage name Lil Nas X ( NAHZ), is an American rapper, singer, songwriter, and internet personality. He rose to prominence with the release of his country rap single "Old Town Road", which first achieved viral popularity on the social media app TikTok in early 2019 before climbing music charts internationally and becoming diamond certified by November of that same year."Old Town Road" spent 19 weeks atop the US Billboard Hot 100 chart, becoming the longest-running number-one song since the chart debuted in 1958. Several remixes of the song were released, the most popular of which featured country singer Billy Ray Cyrus. Read more on Wikipedia

Lifehacker.com
The Out-of-Touch Adults' Guide To Kid Culture: Who Is Lil Nas X?
With the release of a new video and the most controversial pair of sneakers ever created, the rapper, singer, and marketing genius Lil Nas X took over the everything-verse last week. So, if you’re unfamiliar with this unique fella, strap in for some learnin’.…
Stephen Johnson
CNET
Lil Nas X, Satan Shoes with human blood and Nike's lawsuit: What to know - CNET
Give the devil his due: The $1,000 sneakers sold out in less than a minute. But the legal complaint means MSCHF has suspended plans to give away one final pair.
Gael Fashingbauer Cooper
Rolling Stone
‘SNL’: Lil Nas X, Matt Gaetz Address Controversies on Britney Spears Talk Show
Oops! You Did It Again talk show cold open focuses on the "social pariahs of the week"
Daniel Kreps
Billboard
Lil Nas X Rules U.K. Singles Chart With ‘Montero’
Lil Nas X is a fully grown-up chart star in the U.K., where “Montero (Call Me By Your Name)” (Lil Nas X) debuts at No. 1.
Lars Brandle