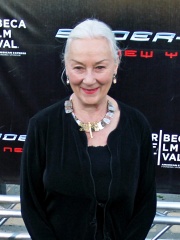 Rosemary Ann Harris (born 19 September 1927) is an English actress. She is a 1986 American Theater Hall of Fame inductee.Harris began her stage career in 1948, before making her Broadway debut in 1952. For her New York stage work, she is a four-time Drama Desk Award winner and nine-time Tony Award nominee, winning the Tony Award for Best Actress in a Play in 1966 for The Lion in Winter. Read more on Wikipedia

Since 2007, the English Wikipedia page of Rosemary Harris has received more than 1,294,943 page views. Her biography is available in 26 different languages on Wikipedia making her the 804th most popular actor.