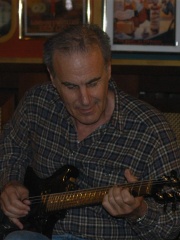 Roger C. Field (born 31 July 1945) is best known as the inventor of the Foldaxe folding electric guitar which won the Designers' Choice Award for the United States in 1980. He is also an inventor with over 100 patents, an industrial designer and a guitarist. He has been written about in Playboy magazine 21 times in 16 countries, in Penthouse magazine four times in Europe, and in Esquire. Read more on Wikipedia

Since 2007, the English Wikipedia page of Roger C. Field has received more than 26,028 page views. His biography is available in 16 different languages on Wikipedia making him the 313th most popular inventor.