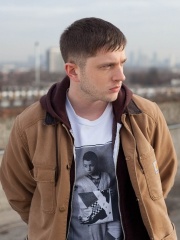 Benjamin Paul Ballance-Drew (born 22 October 1983), better known by his stage name Plan B, is an English rapper, singer and actor. He first emerged as a rapper, releasing his debut album, Who Needs Actions When You Got Words, in 2006. His second studio album, The Defamation of Strickland Banks (2010), was a soul and R&B album, and debuted at number one on the UK Albums Chart. Read more on Wikipedia

Among singers, Plan B ranks 3,234 out of 3,541. Before him are Junjun, Alec Benjamin, Sopho Gelovani, Nicky Wire, Chingy, and Luiz Ejlli. After him are Kid Ink, Swae Lee, Ryan Dolan, Mike Skinner, Shanice, and Gjon's Tears.