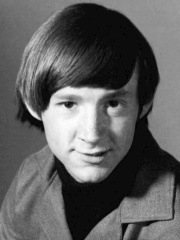 Peter Halsten Thorkelson (February 13, 1942 – February 21, 2019), known professionally as Peter Tork, was an American musician, composer, and actor who was best known as the keyboardist and bass guitarist of the Monkees. Tork grew up in Connecticut and in the mid-1960s as part of the Greenwich Village folk scene in New York City where he befriended musician Stephen Stills. After moving to Los Angeles with Stills, he was recruited for the musical television sitcom The Monkees. Read more on Wikipedia

Since 2007, the English Wikipedia page of Peter Tork has received more than 2,689,091 page views. His biography is available in 20 different languages on Wikipedia making him the 925th most popular musician.