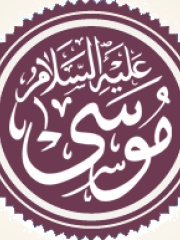 In Islam, Mūsā ibn ʿImrān (Arabic: موسی ابن عمران, lit. 'Moses, son of Amram'), is an important prophet and messenger of God (Allah) and is the most frequently mentioned individual in the Quran, with his name being mentioned 136 times and his life being narrated and recounted more than that of any other prophet.According to the Quran, Musa was born to an Israelite family. In his childhood, he is put in a basket which flows towards Nile, and eventually Musa is discovered by Pharaoh's (Fir'awn) wife Asiya, who makes Musa as her adopted son. After reaching adulthood, Musa then resides in Midian, before departing for Egypt again to threaten the Pharaoh. Read more on Wikipedia

Moses in Islam is most famous for being the prophet of Allah and the leader of the Israelites.

Page views of Moses in Islams by language

Among religious figures, Moses in Islam ranks 288 out of 2,272. Before him are Demetrius of Thessaloniki, Fethullah Gülen, Pope Innocent IV, Pope Boniface I, Pope Benedict II, and Ephrem the Syrian. After him are Rebecca, Barabbas, Bartholomew I of Constantinople, Saint Ursula, Al-Tirmidhi, and Pope John XV.