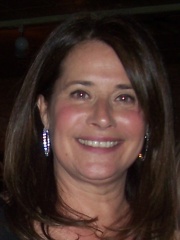 Lorraine Bracco (Italian: [ˈbrakko]; born October 2, 1954) is an American film and television actress. Known for her distinct husky voice and Brooklyn accent, she has been nominated for an Academy Award, four Emmy Awards, four Golden Globe Awards, and three Screen Actors Guild Awards. Born in New York City, she began her career modeling in France and began appearing in Italian-language films around the turn of the 1980s, including Lina Wertmüller's Camorra (1986), which featured Bracco's then-partner Harvey Keitel. Read more on Wikipedia

Since 2007, the English Wikipedia page of Lorraine Bracco has received more than 4,587,407 page views. Her biography is available in 34 different languages on Wikipedia making her the 2,096th most popular actor.