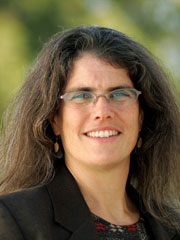 Andrea Mia Ghez (born June 16, 1965) is an American astronomer and professor in the Department of Physics and Astronomy at the University of California, Los Angeles. Her research focuses on the center of the Milky Way galaxy. In 2020, she became the fourth woman to be awarded the Nobel Prize in Physics, sharing one half of the prize with Reinhard Genzel (the other half of the prize being awarded to Roger Penrose). Read more on Wikipedia

Since 2007, the English Wikipedia page of Andrea M. Ghez has received more than 54,381 page views. Her biography is available in 18 different languages on Wikipedia making her the 491st most popular astronomer.

Among astronomers, Andrea M. Ghez ranks 492 out of 495. Before her are Lenka Kotková, Brett J. Gladman, Peter Kušnirák, Andrea Boattini, Kenzo Suzuki, and Marc William Buie. After her are Sara Seager, Jan Kleyna, Brian A. Skiff, and Atsushi Sugie.