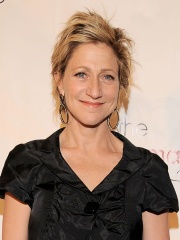 Edith Falco (born July 5, 1963) is an American actress, best known for her roles as Carmela Soprano on the HBO series The Sopranos (1999–2007), in which she received six Emmy nominations, winning three for Outstanding Lead Actress in a Drama Series, as well as winning two Golden Globes and five Screen Actors Guild Awards, and as Nurse Jackie Peyton on the Showtime series Nurse Jackie (2009–2015), earning a further six Emmy nominations and winning once for an Outstanding Lead Actress in a Comedy. She is also known for her role as Diane Whittlesey in HBO's prison drama Oz (1997–2000). In 2016, she played Sylvia Wittel on the web series Horace and Pete. Read more on Wikipedia

Since 2007, the English Wikipedia page of Edie Falco has received more than 4,798,228 page views. Her biography is available in 31 different languages on Wikipedia making her the 4,776th most popular actor.