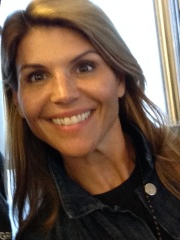 Since 2007, the English Wikipedia page of Lori Loughlin has received more than 9,391,306 page views. Her biography is available in 26 different languages on Wikipedia making her the 4,088th most popular actor.

Among actors, Lori Loughlin ranks 4,056 out of 8,832. Before her are Janet Suzman, Helen Slater, David Wayne, Emmanuelle Devos, Linus Roache, and A. J. Cook. After her are Jang Na-ra, Rory Calhoun, Jeremy Wade, Bella Thorne, Albert Dekker, and John Barrowman.