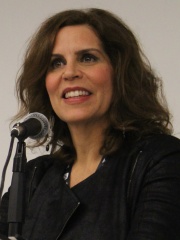 Lori Alan (born July 18, 1966) is an American actress and voice actress. She has played a long-running role as Pearl Krabs on the animated television series SpongeBob SquarePants. Read more on Wikipedia

Since 2007, the English Wikipedia page of Lori Alan has received more than 539,451 page views. Her biography is available in 15 different languages on Wikipedia making her the 8,328th most popular actor.