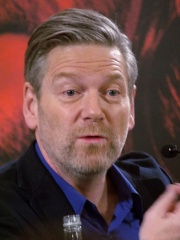 Sir Kenneth Charles Branagh (; born 10 December 1960) is a British actor and filmmaker. Branagh trained at the Royal Academy of Dramatic Art in London and has served as its president since 2015. He has been nominated for five Academy Awards and five Golden Globe Awards. Read more on Wikipedia

Kenneth Branagh is an actor, director, and producer who is most famous for his roles in the films Henry V, Dead Again, and Hamlet.

Deadline
‘Belfast’ Writer-Director Kenneth Branagh On Revisiting Childhood Trauma And How “Humor Becomes Not Just Valuable, But A Necessity”
In his deeply personal story Belfast, writer-director Kenneth Branagh a child’s view of conflict. When he was nine years old, the Troubles in Northern Ireland began and Branagh had to leave his hometown.Belfast follows Buddy, a fictionalized version of Branag…
Ryan Fleming
Daily Mail
Sir Kenneth Branagh, 61, reveals his grandmother defended his MANHOOD
The esteemed actor and writer, 61, appeared on Friday night's Graham Norton Show to discuss Belfast, his semi-autobiographical movie, during which he regaled the tale
Ciara Farmer
Independent.ie
Kenneth Branagh film inspired by ’20 seconds where the world turned upside down’
Kenneth Branagh says as a child he experienced &ldquo;20 seconds where the world turned upside down&rdquo;, which provided him with creative inspiration decades later.
By Mike Bedigan, PA Los Angeles Correspondent
Independent.ie
Kenneth Branagh opens up on Late Late Show about move from Belfast to England as a child
Filmmaker Kenneth Branagh joined Ryan Tubridy on tonight&rsquo;s Late Late Show to discuss his new film Belfast and the sense of security the city gave him while growing up.
Seoirse Mulgrew