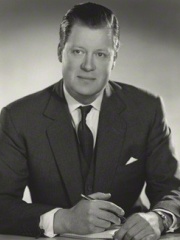 Since 2007, the English Wikipedia page of John Spencer, 8th Earl Spencer has received more than 2,574,711 page views. His biography is available in 21 different languages on Wikipedia making him the 4,540th most popular politician.

Among politicians, John Spencer, 8th Earl Spencer ranks 4,513 out of 14,801. Before him are Nicomedes I of Bithynia, Carlos Arias Navarro, Fruela I of Asturias, Maria, Queen of Sicily, Julia Flavia, and Infanta Luisa Fernanda, Duchess of Montpensier. After him are Anita Garibaldi, Przemysł II, Shiban, Mustafa Akıncı, U Nu, and Sin-Muballit.