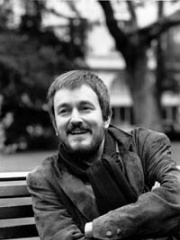 Jean-Jacques Beineix ([bɛnɛks]; born 8 October 1946) is a French film director whose work is generally seen as the best example of what came to be called the cinéma du look. Critic Ginette Vincendeau defined the films made by Beineix and others as "youth-oriented films with high production values...The look of the cinéma du look refers to the films' high investment in non-naturalistic, self-conscious aesthetics, notably intense colours and lighting effects. Their spectacular (studio based) and technically brilliant mise-en-scène is usually put to the service of romantic plots." The cinéma du look included the films of Luc Besson and Léos Carax. Read more on Wikipedia

Since 2007, the English Wikipedia page of Jean-Jacques Beineix has received more than 106,433 page views. His biography is available in 19 different languages on Wikipedia making him the 599th most popular film director.