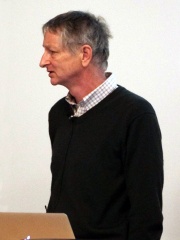 Geoffrey Everest Hinton (born 6 December 1947) is a British-Canadian cognitive psychologist and computer scientist, most noted for his work on artificial neural networks. Since 2013, he has divided his time working for Google (Google Brain) and the University of Toronto. In 2017, he co-founded and became the Chief Scientific Advisor of the Vector Institute in Toronto.With David Rumelhart and Ronald J. Williams, Hinton was co-author of a highly cited paper published in 1986 that popularized the backpropagation algorithm for training multi-layer neural networks, although they were not the first to propose the approach. Read more on Wikipedia

Among COMPUTER SCIENTISTS In United Kingdom