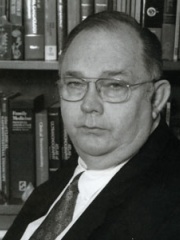 Henry Edward "Ed" Roberts (September 13, 1941 – April 1, 2010) was an American engineer, entrepreneur and medical doctor who invented the first commercially successful personal computer in 1974. He is most often known as "the father of the personal computer." He founded Micro Instrumentation and Telemetry Systems (MITS) in 1970 to sell electronics kits to model rocketry hobbyists, but the first successful product was an electronic calculator kit that was featured on the cover of the November 1971 issue of Popular Electronics. The calculators were very successful and sales topped one million dollars in 1973. Read more on Wikipedia

Since 2007, the English Wikipedia page of Ed Roberts has received more than 8,253 page views. His biography is available in 18 different languages on Wikipedia making him the 111th most popular computer scientist.