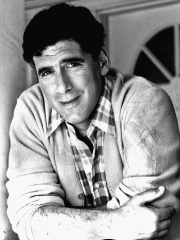 Elliott Gould (né Goldstein; born August 29, 1938) is an American actor. He began acting in Hollywood films during the 1960s. In addition to his performance in the comedy Bob & Carol & Ted & Alice (1969), for which he received a nomination for the Academy Award for Best Supporting Actor, Gould is perhaps best known for his significant leading roles in Robert Altman films, starring in M*A*S*H (1970), The Long Goodbye (1973) and California Split (1974). Read more on Wikipedia

Elliott Gould is most famous for his role as detective Philip Marlowe in the 1970s TV series "Marlowe" and for his work in the movies "The Long Goodbye" and "I Love You, Alice B. Toklas."