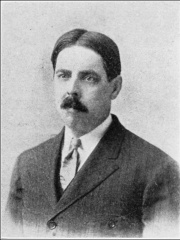 Edward Lee Thorndike (August 31, 1874 – August 9, 1949) was an American psychologist who spent nearly his entire career at Teachers College, Columbia University. His work on comparative psychology and the learning process led to the theory of connectionism and helped lay the scientific foundation for educational psychology. He also worked on solving industrial problems, such as employee exams and testing. Read more on Wikipedia

Edward Thorndike is most famous for his work on learning theory and the law of effect. His theory of learning is based on the idea that learning is a process of trial and error. The law of effect states that responses that are followed by satisfying consequences are more likely to be repeated in the future.

Among psychologists, Edward Thorndike ranks 20 out of 183. Before him are Carl Rogers, Gustave Le Bon, Albert Bandura, John B. Watson, Kurt Lewin, and B. F. Skinner. After him are Melanie Klein, Anna Freud, Daniel Kahneman, Wilhelm Reich, Irvin D. Yalom, and Alfred Binet.