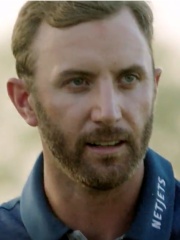 Dustin Hunter Johnson (born June 22, 1984) is an American professional golfer who plays on the PGA Tour. He has won two major championships, the 2016 U.S. Open at Oakmont Country Club with a 4-under-par score of 276 and the 2020 Masters Tournament with a record score of 268, 20-under-par. He had previously finished in a tie for second at both the 2011 Open Championship and the 2015 U.S. Open. Read more on Wikipedia

Since 2007, the English Wikipedia page of Dustin Johnson has received more than 4,598,806 page views. His biography is available in 18 different languages on Wikipedia making him the 14,602nd most popular golfer.