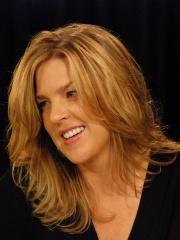 Diana Jean Krall (born November 16, 1964) is a Canadian jazz pianist and singer, known for her contralto vocals. She has sold more than 6 million albums in the US and over 15 million albums worldwide. Read more on Wikipedia

Since 2007, the English Wikipedia page of Diana Krall has received more than 2,154,128 page views. Her biography is available in 39 different languages on Wikipedia making her the 654th most popular musician.

Among musicians, Diana Krall ranks 654 out of 2,258. Before her are David A. Stewart, Nick Simper, James Burton, Michael Stipe, Alan Price, and Ron McGovney. After her are Tim Buckley, Tommy Emmanuel, Jenő Hubay, Chad Smith, Bobbejaan Schoepen, and Clarence Clemons.