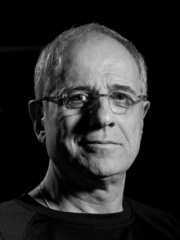 Robert Alan Ezrin (born March 25, 1949) is a Canadian music producer and keyboardist, best known for his work with Lou Reed, Alice Cooper, Aerosmith, Kiss, Pink Floyd, Deep Purple, Peter Gabriel, Andrea Bocelli and Phish. As of 2010, Ezrin's career in music had spanned four decades and his production work continued into the 21st century, with acts such as Deftones and Thirty Seconds to Mars.Since co-founding interactive media company 7th Level in 1993, Ezrin has branched out into philanthropy, activism and being an eco-warrior, supporting several organizations and individuals fighting for the future of our planet. Music has also been introduced into this realm of his life, underpinning projects such as Music Rising and Young Artists for Haiti. Read more on Wikipedia