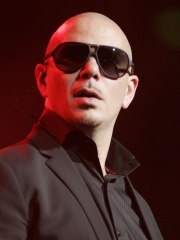 Armando Christian Pérez (born January 15, 1981), known professionally by his stage name Pitbull, is an American rapper, singer, songwriter, brand ambassador, and philanthropist. Pérez began his career in the early 2000s, recording reggaeton, Latin hip hop, and crunk music under a multitude of labels. In 2004, he released his debut album M.I.A.M.I. under TVT Records and the executive production of Lil Jon. Read more on Wikipedia

Since 2007, the English Wikipedia page of Pitbull has received more than 267,195 page views. His biography is available in 54 different languages on Wikipedia making him the 764th most popular musician.

Page views of Pitbulls by language