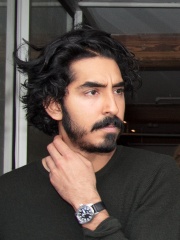 Dev Patel (; born 23 April 1990) is a British actor. Patel made his screen debut as Anwar Kharral in the first two series of the British television teen drama Skins (2007–2008), landing the role with no prior professional acting experience. His breakthrough came in 2008 with the leading role of Jamal Malik in Danny Boyle's drama Slumdog Millionaire, for which he was nominated for the BAFTA Award for Best Actor.Patel starred in the commercially successful romantic comedy The Best Exotic Marigold Hotel (2012) and its 2015 sequel, the science fiction film Chappie (2015), and the HBO drama series The Newsroom (2012–2014). Read more on Wikipedia