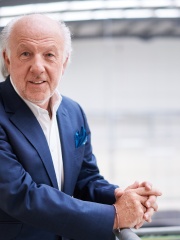 David Pender Richards (born 3 June 1952) is the chairman of Prodrive, chairman of Motorsport UK (The Royal Automobile Club Motor Sports Association Ltd), former chairman of Aston Martin, a former team principal of the BAR and Benetton Formula One motor racing teams and as a co-driver, World Rally Champion in 1981. He lives with his wife, Karen, in Warwickshire and has three children. In the 2005 New Year Honours List Richards was appointed a CBE for his services to motorsport and in 2017 was inducted into the Motor Sport Hall of Fame and received the Spirit of Le Mans award from the Automobile Club de l’Ouest (ACO). Read more on Wikipedia