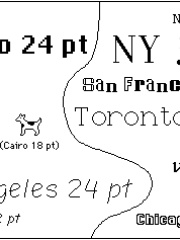 Susan Kare (; born February 5, 1954) is an American artist and graphic designer best known for her interface elements and typeface contributions to the first Apple Macintosh from 1983 to 1986. She was employee #10 and Creative Director at NeXT, the company formed by Steve Jobs after he left Apple in 1985. She was a design consultant for Microsoft, IBM, Sony Pictures, and Facebook, and she is now an employee of Pinterest. Read more on Wikipedia

Since 2007, the English Wikipedia page of Susan Kare has received more than 273,162 page views. Her biography is available in 20 different languages on Wikipedia making her the 396th most popular businessperson.