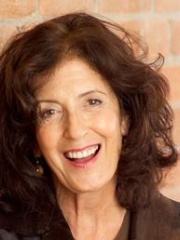 Dame Anita Lucia Roddick, (23 October 1942 – 10 September 2007) was a British businesswoman, human rights activist and environmental campaigner, best known as the founder of The Body Shop, a cosmetics company producing and retailing natural beauty products that shaped ethical consumerism. The company was one of the first to prohibit the use of ingredients tested on animals in some of its products and one of the first to promote fair trade with developing countries. Roddick was involved in activism and campaigning for environmental and social issues, including involvement with Greenpeace and The Big Issue. Read more on Wikipedia

Since 2007, the English Wikipedia page of Anita Roddick has received more than 644,382 page views. Her biography is available in 20 different languages on Wikipedia making her the 294th most popular businessperson.