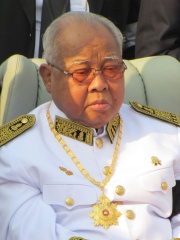 Since 2007, the English Wikipedia page of Chea Sim has received more than 80,914 page views. His biography is available in 15 different languages on Wikipedia. Chea Sim is the 9,329th most popular politician (down from 7,777th in 2019).

Among politicians, Chea Sim ranks 9,329 out of 15,710. Before him are Henutsen, Daniele Manin, Frederick Abberline, Sehetepkare Intef, Tamás Bakócz, and Iveta Radičová. After him are Rainulf Drengot, Artabanus I of Parthia, Stephen Harper, Paolo Boselli, Gertrude of Süpplingenburg, and Harilal Gandhi.