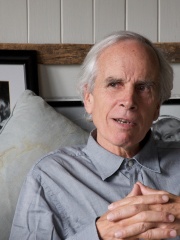 Douglas Rainsford Tompkins (March 20, 1943 – December 8, 2015) was an American conservationist, outdoorsman, philanthropist, filmmaker, agriculturalist, and businessman who assembled and preserved the land which became the largest gift of private land to any South American government.Beginning in the mid-1960s, he and Susie Tompkins Buell, his first wife, co-founded and ran two companies: the outdoor equipment and clothing company The North Face and the Esprit clothing company. Following their divorce and Tompkins' departure from the business world in 1989, he became active in environmental and land conservation causes. In the 1990s Tompkins and his second wife, Kris McDivitt Tompkins bought and conserved more than 2 million acres (810,000 ha) of wilderness in Chile and Argentina, exceeding that of any other private individuals in the region, thus becoming among the largest private land-owners in the world. Read more on Wikipedia

Since 2007, the English Wikipedia page of Douglas Tompkins has received more than 849,600 page views. His biography is available in 16 different languages on Wikipedia making him the 242nd most popular businessperson.