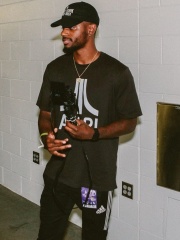 Since 2007, the English Wikipedia page of Bryson Tiller has received more than 3,830,050 page views. His biography is available in 23 different languages on Wikipedia making him the 2,947th most popular singer.

Among singers, Bryson Tiller ranks 2,962 out of 3,001. Before him are Prakash Neupane, Michael Rice, Juice Wrld, Yo Gotti, Neeti Mohan, and Lisa Andreas. After him are Brooke Candy, Angel Haze, Ruben Studdard, Kimberley Walsh, Chinami Tokunaga, and Ella Mai.