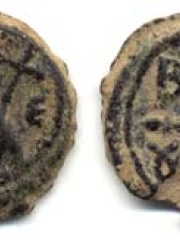 Bohemond II (1107/1108 – February 1130) was Prince of Taranto from 1111 to 1128 and Prince of Antioch from 1111/1119 to 1130. He was the son of Bohemond I, who in 1108 was forced to submit to the authority of the Byzantine Empire in the Treaty of Devol. Three years later, the infant Bohemond inherited the Principality of Taranto under the guardianship of his mother, Constance of France. Read more on Wikipedia

Since 2007, the English Wikipedia page of Bohemond II of Antioch has received more than 69,043 page views. His biography is available in 26 different languages on Wikipedia making him the 4,856th most popular politician.

Page views of Bohemond II of Antioches by language

Among politicians, Bohemond II of Antioch ranks 4,828 out of 14,801. Before him are Kristján Eldjárn, Hans Modrow, Paul Frederick, Grand Duke of Mecklenburg-Schwerin, Ferenc Mádl, Mengu-Timur, and Alfonso, Prince of Asturias. After him are Jorge Carlos Fonseca, Charles I of Württemberg, Jeong Mong-ju, Askar Akayev, Zhu Yousong, and Juan Negrín.