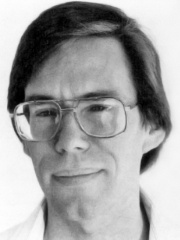 Robert Scott Lazar (; born January 26, 1959) is an American conspiracy theorist who claims to have been hired in the late 1980s to reverse-engineer purported extraterrestrial technology at what he described as a secret site called "S-4". Lazar alleges that this subsidiary installation is located several kilometres south of the United States Air Force facility popularly known as Area 51. Lazar claims he examined an alien craft that ran on an antimatter reactor powered by element 115, which at the time had not yet been synthesized. Read more on Wikipedia

Since 2007, the English Wikipedia page of Bob Lazar has received more than 4,004,516 page views. His biography is available in 17 different languages on Wikipedia making him the 327th most popular businessperson.