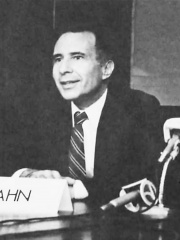 Carl Celian Icahn (; born February 16, 1936) is an American businessman. He is the founder and controlling shareholder of Icahn Enterprises, a diversified conglomerate holding company based in New York City, formerly known as American Real Estate Partners. He is also Chairman of Federal-Mogul, an American developer, manufacturer and supplier of powertrain components and vehicle safety products. In the 1980s, Icahn developed a reputation as a "corporate raider" after profiting from the hostile takeover and asset stripping of the American airline TWA. According to Forbes magazine, Icahn had a net worth of $16.7 billion in 2020, making him the 26th-wealthiest person on the Forbes 400, and the 5th-wealthiest hedge fund manager.Icahn served as special economic adviser on financial regulation to U.S. Read more on Wikipedia