This page contains a list of the greatest Russian Psychologists. The pantheon dataset contains 183 Psychologists, 7 of which were born in Russia. This makes Russia the birth place of the 8th most number of Psychologists behind Poland and Switzerland. 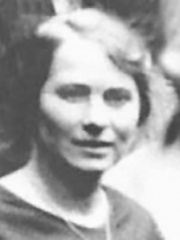 With an HPI of 64.03, Sabina Spielrein is the most famous Russian Psychologist.  Her biography has been translated into 32 different languages on wikipedia.

Sabina Nikolayevna Spielrein (Russian: Сабина Николаевна Шпильрейн, IPA: [sɐˈbʲinə nʲɪkɐˈlajɪvnə ʂpʲɪlʲˈrɛjn]; 7 November 25 October 1885 OS – 11 August 1942) was a Russian physician and one of the first female psychoanalysts. She was in succession the patient, then student, then colleague of Carl Gustav Jung, with whom she had an intimate relationship during 1908–1910, as is documented in their correspondence from the time and her diaries. She also met, corresponded, and had a collegial relationship with Sigmund Freud. She worked with and psychoanalysed Swiss developmental psychologist Jean Piaget. She worked as a psychiatrist, psychoanalyst, teacher and paediatrician in Switzerland and Russia. In a thirty-year professional career, she published over 35 papers in three languages (German, French and Russian), covering psychoanalysis, developmental psychology, psycholinguistics and educational psychology. Among her works in the field of psychoanalysis is the essay titled "Destruction as the Cause of Coming Into Being", written in German in 1912.Spielrein was a pioneer of psychoanalysis and one of the first to introduce the concept of the death instinct. She was one of the first psychoanalysts to conduct a case study on schizophrenia and have a dissertation appear in a psychoanalytic journal. Spielrein is increasingly recognized as an important and innovative thinker who was marginalized in history because of her unusual eclecticism, refusal to join factions, feminist approach to psychology, and her murder in the Holocaust. 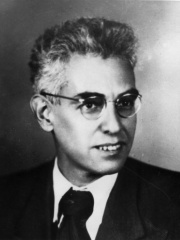 With an HPI of 63.98, Alexander Luria is the 2nd most famous Russian Psychologist.  His biography has been translated into 37 different languages.

Alexander Romanovich Luria (Russian: Алекса́ндр Рома́нович Лу́рия; 16 July 1902 – 14 August 1977) was a Soviet neuropsychologist, often credited as a father of modern neuropsychology. He developed an extensive and original battery of neuropsychological tests during his clinical work with brain-injured victims of World War II, which are still used in various forms. He made an in-depth analysis of the functioning of various brain regions and integrative processes of the brain in general. Luria's magnum opus, Higher Cortical Functions in Man (1962), is a much-used psychological textbook which has been translated into many languages and which he supplemented with The Working Brain in 1973. It is less known that Luria's main interests, before the war, were in the field of cultural and developmental research in psychology. He became famous for his studies of low-educated populations of nomadic Uzbeks in the Uzbek SSR arguing that they demonstrate different (and lower) psychological performance than their contemporaries and compatriots under the economically more developed conditions of socialist collective farming (the kolkhoz). He was one of the founders of Cultural-Historical Psychology, and a leader of the Vygotsky Circle, also known as "Vygotsky-Luria Circle". Apart from his work with Vygotsky, Luria is widely known for two extraordinary psychological case studies: The Mind of a Mnemonist, about Solomon Shereshevsky, who had highly advanced memory; and The Man with a Shattered World, about Lev Zasetsky, a man with a severe traumatic brain injury. During his career Luria worked in a wide range of scientific fields at such institutions as the Academy of Communist Education (1920-1930s), Experimental Defectological Institute (1920-1930s, 1950-1960s, both in Moscow), Ukrainian Psychoneurological Academy (Kharkiv, early 1930s), All-Union Institute of Experimental Medicine, and the Burdenko Institute of Neurosurgery (late 1930s). A Review of General Psychology survey, published in 2002, ranked Luria as the 69th most cited psychologist of the 20th century. 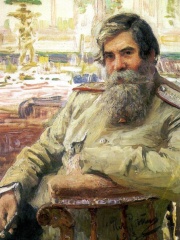 With an HPI of 60.31, Vladimir Bekhterev is the 3rd most famous Russian Psychologist.  His biography has been translated into 41 different languages.

Vladimir Mikhailovich Bekhterev (Russian: Влади́мир Миха́йлович Бе́хтерев, IPA: [ˈbʲextʲɪrʲɪf]; January 20, 1857 – December 24, 1927) was a Russian neurologist and the father of objective psychology. He is best known for noting the role of the hippocampus in memory, his study of reflexes, and Bekhterev’s disease. Moreover, he is known for his competition with Ivan Pavlov regarding the study of conditioned reflexes.

With an HPI of 59.78, Aleksei N. Leontiev is the 4th most famous Russian Psychologist.  His biography has been translated into 29 different languages. 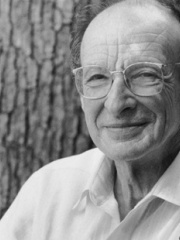 With an HPI of 58.37, Urie Bronfenbrenner is the 5th most famous Russian Psychologist.  His biography has been translated into 22 different languages.

Urie Bronfenbrenner (April 29, 1917 – September 25, 2005) was a Russian-born American psychologist who is most known for his ecological systems theory. His work with the United States government helped in the formation of the Head Start program in 1965. Bronfenbrenner's ability research was key in changing the perspective of developmental psychology by calling attention to the large number of environmental and societal influences on child development. 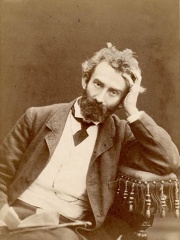 With an HPI of 57.42, Nicholas Miklouho-Maclay is the 6th most famous Russian Psychologist.  His biography has been translated into 36 different languages.

Nicholas Miklouho-Maclay (Russian: Никола́й Никола́евич Миклу́хо-Макла́й; 17 [O.S. 5] July 1846 – 14 [O.S. 2] April 1888) was a Russian Imperial explorer. He worked as an ethnologist, anthropologist and biologist who became famous as one of the earliest scientists to settle among and study indigenous people of New Guinea who had never seen a European.Miklouho-Maclay spent the major part of his life travelling and conducted scientific research in the Middle East, Australia, New Guinea, Melanesia and Polynesia. Australia became his adopted country and Sydney the hometown of his family.He became a prominent figure of nineteenth-century Australian science and became involved in significant issues of Australian and New Guinea history. Writing letters to Australian papers, Miklouho-Maclay expressed his opposition to the labour and slave trade ("blackbirding") in Australia, New Caledonia and the Pacific, as well as his opposition to the British and German colonial expansion in New Guinea. While in Australia, he built the first biological research station in the Southern Hemisphere, was elected to the Linnean Society of New South Wales, was instrumental in establishing the Australasian Biological Association, stayed at the elite Australian Club, became the intimate of the leading amateur scientist and political figure Sir William Macleay, and married Margaret-Emma Robertson, the daughter of the Premier of New South Wales. His three grandsons have all contributed to the public life of Australia.One of the earliest followers of Charles Darwin, Miklouho-Maclay is also remembered today as a scholar who, on the basis of his comparative anatomical research, was one of the first anthropologists to refute the prevailing view that the different races of mankind belonged to different species. 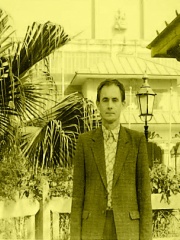 With an HPI of 50.50, Victor Skumin is the 7th most famous Russian Psychologist.  His biography has been translated into 23 different languages.

Victor Andreevich Skumin (Russian: Ви́ктор Андре́евич Ску́мин, IPA: [ˈvʲiktər ɐnˈdrʲejɪvʲɪtɕ ˈskumʲɪn], born 30 August 1948) is a Russian and Soviet scientist, psychiatrist, philosopher and writer. After graduating from the Kharkiv National Medical University in 1973, he became a psychotherapist in Kiev Institute of Cardiovascular Surgery. In 1978, he described a new disease, the Skumin syndrome. He introduced a method of psychotherapy and self-improvement based on optimistic autosuggestion for psychological rehabilitation of cardiosurgical patients (1979). From 1980 to 1990, he was professor of psychotherapy at the Kharkiv Medical Academy of Post-graduate Education. The main result of his scientific activity was the discovery of the "syndrome of the neurotic phantom of somatic disease" and a "concept of the mental constituent of a chronic somatic disease". From 1990 to 1994, Skumin held positions as chaired professor of psychology and pedagogy, and of physical education and Health life at the Kharkiv State Academy of Culture. In 1994, he was elected to the post of the President-founder of the World Organisation of Culture of Health (Moscow). In 1995, Skumin became the first editor-in-chief of the journal To Health via Culture. He is known for inventing a popular term "Culture of Health" (1968). Besides psychiatry and psychology, Skumin writes on healthy lifestyle, yoga, and philosophy. He co-authored series of illustrated books and articles on Agni Yoga, Roerichism, Russian cosmism, transhumanism, and New Age. He wrote books of fiction and lyrics for several songs.

Which Psychologists were alive at the same time? This visualization shows the lifespans of the 6 most globally memorable Psychologists since 1700.