This page contains a list of the greatest Hungarian Mathematicians. The pantheon dataset contains 823 Mathematicians, 20 of which were born in Hungary. This makes Hungary the birth place of the 10th most number of Mathematicians behind Ukraine and Switzerland.

With an HPI of 77.46, John von Neumann is the most famous Hungarian Mathematician.  His biography has been translated into 93 different languages on wikipedia.

John von Neumann (; Hungarian: Neumann János Lajos, pronounced [ˈnɒjmɒn ˈjaːnoʃ ˈlɒjoʃ]; December 28, 1903 – February 8, 1957) was a Hungarian-American mathematician, physicist, computer scientist, engineer and polymath. He was regarded as having perhaps the widest coverage of any mathematician of his time and was said to have been "the last representative of the great mathematicians who were equally at home in both pure and applied mathematics". He integrated pure and applied sciences. Von Neumann made major contributions to many fields, including mathematics (mathematical logic, measure theory, functional analysis, ergodic theory, group theory, lattice theory, representation theory, operator algebras, matrix theory, geometry, and numerical analysis), physics (quantum mechanics, hydrodynamics & ballistics, nuclear physics and quantum statistical mechanics), economics (game theory and general equilibrium theory), computing (Von Neumann architecture, linear programming, numerical meteorology, scientific computing, self-replicating machines, stochastic computing), and statistics. He was a pioneer of the application of operator theory to quantum mechanics in the development of functional analysis, and a key figure in the development of game theory and the concepts of cellular automata, the universal constructor and the digital computer. Von Neumann published over 150 papers in his life: about 60 in pure mathematics, 60 in applied mathematics, 20 in physics, and the remainder on special mathematical subjects or non-mathematical subjects. His last work, an unfinished manuscript written while he was dying in hospital, was later published in book form as The Computer and the Brain. His analysis of the structure of self-replication preceded the discovery of the structure of DNA. In a shortlist of facts about his life he submitted to the National Academy of Sciences, he wrote, "The part of my work I consider most essential is that on quantum mechanics, which developed in Göttingen in 1926, and subsequently in Berlin in 1927–1929. Also, my work on various forms of operator theory, Berlin 1930 and Princeton 1935–1939; on the ergodic theorem, Princeton, 1931–1932."During World War II, von Neumann worked on the Manhattan Project with theoretical physicist Edward Teller, mathematician Stanislaw Ulam and others, problem-solving key steps in the nuclear physics involved in thermonuclear reactions and the hydrogen bomb. He developed the mathematical models behind the explosive lenses used in the implosion-type nuclear weapon and coined the term "kiloton" (of TNT) as a measure of the explosive force generated. During this time and after the war, he consulted for a vast number of organizations including the Office of Scientific Research and Development, the Army's Ballistic Research Laboratory, the Armed Forces Special Weapons Project and the Oak Ridge National Laboratory.At the peak of his influence in the 1950s he was the chair for a number of critical Defense Department committees including the Strategic Missile Evaluation Committee and the ICBM Scientific Advisory Committee. He was also a member of the influential Atomic Energy Commission in charge of all atomic energy development in the country. He played a key role alongside Bernard Schriever and Trevor Gardner in contributing to the design and development of the United States' first ICBM programs. During this time he was considered the nation's foremost expert on nuclear weaponry and the leading defense scientist at the Pentagon. As a Hungarian émigré, concerned that the Soviets would achieve nuclear superiority, he designed and promoted the policy of mutually assured destruction to limit the arms race.In honor of his achievements and contributions to the modern world, he was named in 1999 the Financial Times Person of the Century, as a representative of the century's characteristic ideal that the power of the mind could shape the physical world, and of the "intellectual brilliance and human savagery" that defined the 20th century. 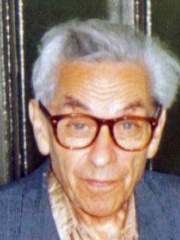 With an HPI of 66.35, Paul Erdős is the 2nd most famous Hungarian Mathematician.  His biography has been translated into 63 different languages.

Paul Erdős (Hungarian: Erdős Pál [ˈɛrdøːʃ ˈpaːl]; 26 March 1913 – 20 September 1996) was a Hungarian mathematician. He was one of the most prolific mathematicians and producers of mathematical conjectures of the 20th century. Erdős pursued and proposed problems in discrete mathematics, graph theory, number theory, mathematical analysis, approximation theory, set theory, and probability theory. Much of his work centered around discrete mathematics, cracking many previously unsolved problems in the field. He championed and contributed to Ramsey theory, which studies the conditions in which order necessarily appears. Overall, his work leaned towards solving previously open problems, rather than developing or exploring new areas of mathematics. Erdős published around 1,500 mathematical papers during his lifetime, a figure that remains unsurpassed. He firmly believed mathematics to be a social activity, living an itinerant lifestyle with the sole purpose of writing mathematical papers with other mathematicians. He was known both for his social practice of mathematics, working with more than 500 collaborators, and for his eccentric lifestyle; Time magazine called him "The Oddball's Oddball". He devoted his waking hours to mathematics, even into his later years—indeed, his death came only hours after he solved a geometry problem at a conference in Warsaw. Erdős's prolific output with co-authors prompted the creation of the Erdős number, the number of steps in the shortest path between a mathematician and Erdős in terms of co-authorships. 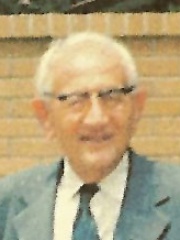 With an HPI of 60.45, George Pólya is the 3rd most famous Hungarian Mathematician.  Her biography has been translated into 39 different languages.

George Pólya (; Hungarian: Pólya György, pronounced [ˈpoːjɒ ˈɟørɟ]; December 13, 1887 – September 7, 1985) was a Hungarian mathematician. He was a professor of mathematics from 1914 to 1940 at ETH Zürich and from 1940 to 1953 at Stanford University. He made fundamental contributions to combinatorics, number theory, numerical analysis and probability theory. He is also noted for his work in heuristics and mathematics education. He has been described as one of The Martians, an informal category which included one of his most famous students at ETH Zurich, John Von Neumann. 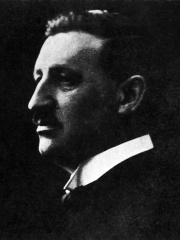 With an HPI of 59.35, Marcel Grossmann is the 4th most famous Hungarian Mathematician.  His biography has been translated into 27 different languages.

Marcel Grossmann (April 9, 1878 – September 7, 1936) was a Swiss mathematician and a friend and classmate of Albert Einstein. Grossmann was a member of an old Swiss family from Zurich. His father managed a textile factory. He became a Professor of Mathematics at the Federal Polytechnic School in Zurich, today the ETH Zurich, specializing in descriptive geometry. 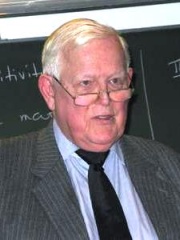 With an HPI of 55.35, Rudolf E. Kálmán is the 5th most famous Hungarian Mathematician.  His biography has been translated into 32 different languages.

Rudolf Emil Kálmán (May 19, 1930 – July 2, 2016) was a Hungarian-American electrical engineer, mathematician, and inventor. He is most noted for his co-invention and development of the Kalman filter, a mathematical algorithm that is widely used in signal processing, control systems, and guidance, navigation and control. For this work, U.S. President Barack Obama awarded Kálmán the National Medal of Science on October 7, 2009. 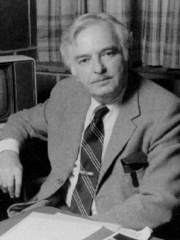 With an HPI of 53.59, John G. Kemeny is the 6th most famous Hungarian Mathematician.  His biography has been translated into 33 different languages.

John George Kemeny (born Kemény János György; May 31, 1926 – December 26, 1992) was a Hungarian-born American mathematician, computer scientist, and educator best known for co-developing the BASIC programming language in 1964 with Thomas E. Kurtz and Mary Kenneth Keller. Kemeny served as the 13th President of Dartmouth College from 1970 to 1981 and pioneered the use of computers in college education. Kemeny chaired the presidential commission that investigated the Three Mile Island accident in 1979. According to György Marx he was one of The Martians. 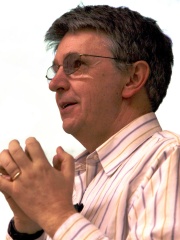 With an HPI of 53.43, László Lovász is the 7th most famous Hungarian Mathematician.  His biography has been translated into 31 different languages.

László Lovász (Hungarian: [ˈlovaːs ˈlaːsloː ]; born March 9, 1948) is a Hungarian mathematician and professor emeritus at Eötvös Loránd University, best known for his work in combinatorics, for which he was awarded the 2021 Abel Prize jointly with Avi Wigderson. He was the president of the International Mathematical Union from 2007 to 2010 and the president of the Hungarian Academy of Sciences from 2014 to 2020. In graph theory, Lovász's notable contributions include the proofs of Kneser's conjecture and the Lovász local lemma, as well as the formulation of the Erdős–Faber–Lovász conjecture. He is also one of the eponymous authors of the LLL lattice reduction algorithm. 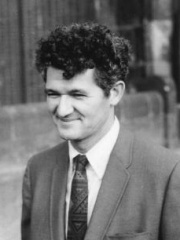 With an HPI of 52.05, Peter Lax is the 8th most famous Hungarian Mathematician.  His biography has been translated into 34 different languages.

Peter David Lax (born Lax Péter Dávid; 1 May 1926) is a Hungarian-born American mathematician and Abel Prize laureate working in the areas of pure and applied mathematics. Lax has made important contributions to integrable systems, fluid dynamics and shock waves, solitonic physics, hyperbolic conservation laws, and mathematical and scientific computing, among other fields. In a 1958 paper Lax stated a conjecture about matrix representations for third order hyperbolic polynomials which remained unproven for over four decades. Interest in the "Lax conjecture" grew as mathematicians working in several different areas recognized the importance of its implications in their field, until it was finally proven to be true in 2003. 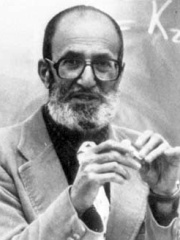 With an HPI of 51.09, Paul Halmos is the 9th most famous Hungarian Mathematician.  His biography has been translated into 29 different languages.

Paul Richard Halmos (Hungarian: Halmos Pál; March 3, 1916 – October 2, 2006) was a Hungarian-born American mathematician and statistician who made fundamental advances in the areas of mathematical logic, probability theory, statistics, operator theory, ergodic theory, and functional analysis (in particular, Hilbert spaces). He was also recognized as a great mathematical expositor. He has been described as one of The Martians. 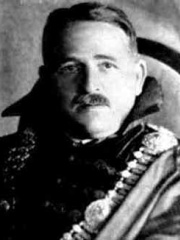 With an HPI of 50.83, Frigyes Riesz is the 10th most famous Hungarian Mathematician.  His biography has been translated into 28 different languages.

Which Mathematicians were alive at the same time? This visualization shows the lifespans of the 16 most globally memorable Mathematicians since 1700.