The following people are considered by Pantheon to be the top 10 most legendary British Historians of all time. This list of famous British Historians is sorted by HPI (Historical Popularity Index), a metric that aggregates information on a biography’s online popularity. Visit the rankings page to view the entire list of British Historians. 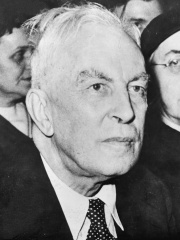 With an HPI of 77.45, Arnold J. Toynbee is the most famous British Historian.  His biography has been translated into 54 different languages on wikipedia.

Arnold Joseph Toynbee (; 14 April 1889 – 22 October 1975) was an English historian, a philosopher of history, an author of numerous books and a research professor of international history at the London School of Economics and King's College London. From 1918 to 1950, Toynbee was considered a leading specialist on international affairs; from 1924 to 1954 he was the Director of Studies at Chatham House, in which position he also produced 34 volumes of the Survey of International Affairs, a "bible" for international specialists in Britain.He is best known for his 12-volume A Study of History (1934–1961). With his prodigious output of papers, articles, speeches and presentations, and numerous books translated into many languages, Toynbee was a widely read and discussed scholar in the 1940s and 1950s. By the 1960s his magnum opus had fallen out of favour among mainstream historians, due to recognition that Toynbee favoured myths, allegories and religion over factual data. 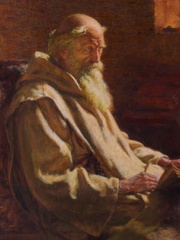 With an HPI of 76.47, Bede is the 2nd most famous British Historian.  His biography has been translated into 66 different languages.

Bede ( BEED; Old English: Bǣda [ˈbæːdɑ], Bēda [ˈbeːdɑ]; 672/3 – 26 May 735), also known as Saint Bede, The Venerable Bede, and Bede the Venerable (Latin: Beda Venerabilis), was an English monk at the monastery of St. Peter and its companion monastery of St. Paul in the Kingdom of Northumbria of the Angles (contemporarily Monkwearmouth–Jarrow Abbey in Tyne and Wear, England). Born on lands belonging to the twin monastery of Monkwearmouth–Jarrow in present-day Tyne and Wear, Bede was sent to Monkwearmouth at the age of seven and later joined Abbot Ceolfrith at Jarrow. Both of them survived a plague that struck in 686 and killed a majority of the population there. While Bede spent most of his life in the monastery, he travelled to several abbeys and monasteries across the British Isles, even visiting the archbishop of York and King Ceolwulf of Northumbria. He was an author, teacher (Alcuin was a student of one of his pupils), and scholar, and his most famous work, Ecclesiastical History of the English People, gained him the title "The Father of English History". His ecumenical writings were extensive and included a number of Biblical commentaries and other theological works of exegetical erudition. Another important area of study for Bede was the academic discipline of computus, otherwise known to his contemporaries as the science of calculating calendar dates. One of the more important dates Bede tried to compute was Easter, an effort that was mired in controversy. He also helped popularize the practice of dating forward from the birth of Christ (Anno Domini – in the year of our Lord), a practice which eventually became commonplace in medieval Europe. Bede was one of the greatest teachers and writers of the Early Middle Ages and is considered by many historians to be the most important scholar of antiquity for the period between the death of Pope Gregory I in 604 and the coronation of Charlemagne in 800. In 1899, Pope Leo XIII declared him a Doctor of the Church. He is the only native of Great Britain to achieve this designation; Anselm of Canterbury, also a Doctor of the Church, was originally from Italy. Bede was moreover a skilled linguist and translator, and his work made the Latin and Greek writings of the early Church Fathers much more accessible to his fellow Anglo-Saxons, which contributed significantly to English Christianity. Bede's monastery had access to an impressive library which included works by Eusebius, Orosius, and many others. 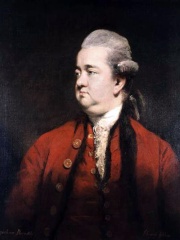 With an HPI of 76.25, Edward Gibbon is the 3rd most famous British Historian.  His biography has been translated into 71 different languages.

Edward Gibbon (; 8 May 1737 – 16 January 1794) was an English historian, writer, and member of parliament. His most important work, The History of the Decline and Fall of the Roman Empire, published in six volumes between 1776 and 1788, is known for the quality and irony of its prose, its use of primary sources, and its polemical criticism, that is polemics, of organised religion. 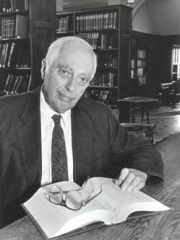 With an HPI of 71.05, Bernard Lewis is the 4th most famous British Historian.  His biography has been translated into 33 different languages.

Bernard Lewis, (31 May 1916 – 19 May 2018) was a British American historian specialized in Oriental studies. He was also known as a public intellectual and political commentator. Lewis was the Cleveland E. Dodge Professor Emeritus of Near Eastern Studies at Princeton University. Lewis's expertise was in the history of Islam and the interaction between Islam and the West. Lewis served as a soldier in the British Army in the Royal Armoured Corps and Intelligence Corps during the Second World War before being seconded to the Foreign Office. After the war, he returned to the School of Oriental and African Studies at the University of London and was appointed to the new chair in Near and Middle Eastern history. In 2007 Lewis was called "the West's leading interpreter of the Middle East". Others have argued Lewis's approach is essentialist and generalizing to the Muslim world, as well as his tendency to restate hypotheses that were challenged by more recent research. On a political level, Lewis is accused by his detractors with having revived the image of the cultural inferiority of Islam and of emphasizing the dangers of jihad. His advice was frequently sought by neoconservative policymakers, including the Bush administration. However, his active support of the Iraq War and neoconservative ideals have since come under scrutiny.Lewis was also notable for his public debates with Edward Said, who accused Lewis and other orientalists of misrepresenting Islam and serving the purposes of Western imperialist domination, to which Lewis responded by defending Orientalism as a facet of humanism and accusing Said of politicizing the subject. Furthermore, Lewis denied the Armenian genocide. He argued that the deaths of the mass killings resulted from a struggle between two nationalistic movements, claiming that there is no proof of intent by the Ottoman government to exterminate the Armenian nation. 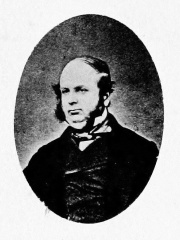 With an HPI of 67.54, Henry Thomas Buckle is the 5th most famous British Historian.  His biography has been translated into 26 different languages.

Henry Thomas Buckle (24 November 1821 – 29 May 1862) was an English historian, the author of an unfinished History of Civilization, and a strong amateur chess player. He is sometimes called "the Father of Scientific History". 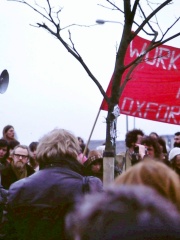 With an HPI of 67.06, E. P. Thompson is the 6th most famous British Historian.  His biography has been translated into 28 different languages.

Edward Palmer Thompson (3 February 1924 – 28 August 1993) was an English historian, writer, socialist and peace campaigner. He is best known today for his historical work on the radical movements in the late 18th and early 19th centuries, in particular The Making of the English Working Class (1963).Thompson published biographies of William Morris (1955) and (posthumously) William Blake (1993) and was a prolific journalist and essayist. He published the novel The Sykaos Papers and a collection of poetry. His work is considered by some to have been among the most important contributions to labour history and social history in the latter twentieth-century, with a global impact, including on scholarship in Asia and Africa. In a 2011 poll by History Today magazine, he was named the second most important historian of the previous 60 years, behind only Fernand Braudel.Thompson was one of the principal intellectuals of the Communist Party of Great Britain. Although he left the party in 1956 over the Soviet invasion of Hungary, he nevertheless remained a "historian in the Marxist tradition", calling for a rebellion against Stalinism as a prerequisite for the restoration of communists' "confidence in our own revolutionary perspectives".Thompson played a key role in the first New Left in Britain in the late 1950s. He was a vociferous left-wing socialist critic of the Labour governments of 1964–70 and 1974–79, and an early and constant supporter of the Campaign for Nuclear Disarmament, becoming during the 1980s the leading intellectual light of the movement against nuclear weapons in Europe. 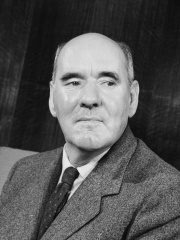 With an HPI of 66.53, C. Northcote Parkinson is the 7th most famous British Historian.  His biography has been translated into 26 different languages.

Cyril Northcote Parkinson (30 July 1909 – 9 March 1993) was a British naval historian and author of some 60 books, the most famous of which was his best-seller Parkinson's Law (1957), in which Parkinson advanced Parkinson's law, stating that "work expands so as to fill the time available for its completion", an insight which led him to be regarded as an important scholar in public administration and management. 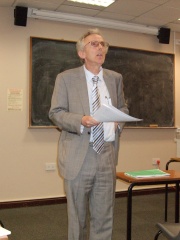 With an HPI of 66.33, Peter Burke is the 8th most famous British Historian.  His biography has been translated into 17 different languages.

Ulick Peter Burke (born August 16, 1937 in Stanmore, England) is a British historian and professor. He was born to a Roman Catholic father and Jewish mother (who later converted to Roman Catholicism). From 1962 to 1979, he was a member of the School of European Studies at University of Sussex, before moving to the University of Cambridge, where he holds the title of Professor Emeritus of Cultural History and Fellow of Emmanuel College, Cambridge. Burke is celebrated as a historian not only of the early modern era, but one who emphasizes the relevance of social and cultural history to modern issues. He is married to the Brazilian historian Maria Lúcia Garcia Pallares-Burke who is the author of two books (in one of which she collaborated with her husband). He was educated by the Jesuits and at St John's College, Oxford and was a doctoral candidate at St Antony's College, Oxford.From 1962 to 1979 he was part of the School of European Studies at the University of Sussex, and then went on to the University of Cambridge, where he is now Professor Emeritus of Cultural History, and a Fellow of Emmanuel College. Burke is not only known for his work on the Modern Age but also for his research on cultural history across its entire spectrum. As a polyglot, he has managed on the one hand to incorporate information from a good part of Europe and has also achieved good diffusion of his books. They have been translated into more than thirty languages. In 1998, he was awarded the Erasmus Medal of the European Academy, and is an honorary doctorate from the Universities of Lund, Copenhagen and Bucharest.

With an HPI of 66.10, Steven Runciman is the 9th most famous British Historian.  His biography has been translated into 30 different languages.

Sir James Cochran Stevenson Runciman (7 July 1903 – 1 November 2000), known as Steven Runciman, was an English historian best known for his three-volume A History of the Crusades (1951–54). He was a strong admirer of the Byzantine Empire. His history's negative portrayal of crusaders and contrasting more favourable view of Byzantine and Muslim societies had a profound impact on the popular conception of the Crusades. While critically praised as a storyteller and prose stylist, his work is now frequently viewed as flawed by modern historians. 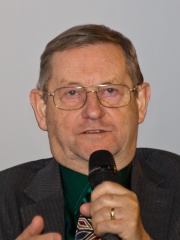 With an HPI of 65.87, Norman Davies is the 10th most famous British Historian.  His biography has been translated into 30 different languages.

Ivor Norman Richard Davies (born 8 June 1939) is a Welsh-Polish historian, known for his publications on the history of Europe, Poland and the United Kingdom. He has a special interest in Central and Eastern Europe and is UNESCO Professor at the Jagiellonian University, professor emeritus at University College London, a visiting professor at the Collège d'Europe, and an honorary fellow at St Antony's College, Oxford. He was granted Polish citizenship in 2014.

Which Historians were alive at the same time? This visualization shows the lifespans of the 25 most globally memorable Historians since 1700.