This page contains a list of the greatest German Chemists. The pantheon dataset contains 509 Chemists, 98 of which were born in Germany. This makes Germany the birth place of the 2nd most number of Chemists.

The following people are considered by Pantheon to be the top 10 most legendary German Chemists of all time. This list of famous German Chemists is sorted by HPI (Historical Popularity Index), a metric that aggregates information on a biography’s online popularity. Visit the rankings page to view the entire list of German Chemists. 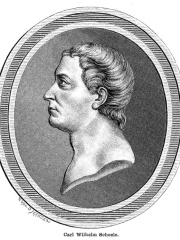 With an HPI of 73.37, Carl Wilhelm Scheele is the most famous German Chemist.  His biography has been translated into 68 different languages on wikipedia. 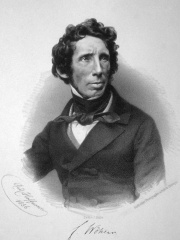 With an HPI of 72.32, Friedrich Wöhler is the 2nd most famous German Chemist.  His biography has been translated into 61 different languages.

Friedrich Wöhler (German: [ˈvøːlɐ]) FRS(For) HonFRSE (31 July 1800 – 23 September 1882) was a German chemist known for his work in inorganic chemistry, being the first to isolate the chemical elements beryllium and yttrium in pure metallic form. He was the first to prepare several inorganic compounds, including silane and silicon nitride.Wöhler is known for seminal contributions in organic chemistry, in particular, the Wöhler synthesis of urea. His synthesis of the organic compound urea in the laboratory from inorganic substances contradicted the belief that organic compounds could only be produced by living organisms due to a "life force". However, the exact extent of Wöhler's role in diminishing the belief in vitalism is considered by some to be questionable. 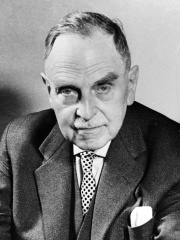 With an HPI of 72.06, Otto Hahn is the 3rd most famous German Chemist.  His biography has been translated into 79 different languages.

Otto Hahn (pronounced [ˈɔtoː ˈhaːn] (listen); 8 March 1879 – 28 July 1968) was a German chemist who was a pioneer in the fields of radioactivity and radiochemistry. He is referred to as the father of nuclear chemistry and father of nuclear fission. Hahn and Lise Meitner discovered radioactive isotopes of radium, thorium, protactinium and uranium. He also discovered the phenomena of atomic recoil and nuclear isomerism, and pioneered rubidium–strontium dating. In 1938, Hahn, Lise Meitner and Fritz Strassmann discovered nuclear fission, for which Hahn received the 1944 Nobel Prize for Chemistry. Nuclear fission was the basis for nuclear reactors and nuclear weapons. A graduate of the University of Marburg, Hahn studied under Sir William Ramsay at University College London and at McGill University in Montreal under Ernest Rutherford, where he discovered several new radioactive isotopes. He returned to Germany in 1906; Emil Fischer placed a former woodworking shop in the basement of the Chemical Institute at the University of Berlin at his disposal to use as a laboratory. Hahn completed his habilitation in the spring of 1907 and became a Privatdozent. In 1912, he became head of the Radioactivity Department of the newly founded Kaiser Wilhelm Institute for Chemistry. Working with the Austrian physicist Lise Meitner in the building that now bears their names, he made a series of groundbreaking discoveries, culminating with her isolation of the longest-lived isotope of protactinium in 1918. During World War I he served with a Landwehr regiment on the Western Front, and with the chemical warfare unit headed by Fritz Haber on the Western, Eastern and Italian fronts, earning the Iron Cross (2nd Class) for his part in the First Battle of Ypres. After the war he became the head of the Kaiser Wilhelm Institute for Chemistry, while remaining in charge of his own department. Between 1934 and 1938, he worked with Strassmann and Meitner on the study of isotopes created through the neutron bombardment of uranium and thorium, which led to the discovery of nuclear fission. He was an opponent of national socialism and the persecution of Jews by the Nazi Party that caused the removal of many of his colleagues, including Meitner, who was forced to flee Germany in 1938. During World War II, he worked on the German nuclear weapons program, cataloguing the fission products of uranium. As a consequence, at the end of the war he was arrested by the Allied forces; he was incarcerated in Farm Hall with nine other German scientists, from July 1945 to January 1946. Hahn served as the last president of the Kaiser Wilhelm Society for the Advancement of Science in 1946 and as the founding president of its successor, the Max Planck Society from 1948 to 1960. In 1959 he co-founded in Berlin the Federation of German Scientists, a non-governmental organization, which has been committed to the ideal of responsible science. As he worked to rebuild German science, he became one of the most influential and respected citizens of the post-war West Germany. 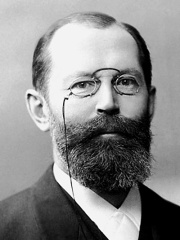 With an HPI of 71.30, Emil Fischer is the 4th most famous German Chemist.  His biography has been translated into 80 different languages.

Hermann Emil Louis Fischer (German pronunciation: [ˈeːmiːl ˈfɪʃɐ] (listen); 9 October 1852 – 15 July 1919) was a German chemist and 1902 recipient of the Nobel Prize in Chemistry. He discovered the Fischer esterification. He also developed the Fischer projection, a symbolic way of drawing asymmetric carbon atoms. He also hypothesized lock and key mechanism of enzyme action. He never used his first given name, and was known throughout his life simply as Emil Fischer. 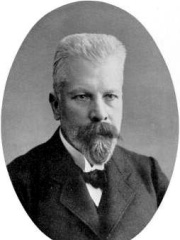 With an HPI of 70.20, Eduard Buchner is the 5th most famous German Chemist.  His biography has been translated into 73 different languages. 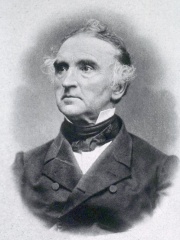 With an HPI of 69.91, Justus von Liebig is the 6th most famous German Chemist.  His biography has been translated into 62 different languages.

Justus Freiherr von Liebig (12 May 1803 – 20 April 1873) was a German scientist who made major contributions to agricultural and biological chemistry, and is considered one of the principal founders of organic chemistry. As a professor at the University of Giessen, he devised the modern laboratory-oriented teaching method, and for such innovations, he is regarded as one of the greatest chemistry teachers of all time. He has been described as the "father of the fertilizer industry" for his emphasis on nitrogen and trace minerals as essential plant nutrients, and his formulation of the law of the minimum, which described how plant growth relied on the scarcest nutrient resource, rather than the total amount of resources available. He also developed a manufacturing process for beef extracts, and with his consent a company, called Liebig Extract of Meat Company, was founded to exploit the concept; it later introduced the Oxo brand beef bouillon cube. He popularized an earlier invention for condensing vapors, which came to be known as the Liebig condenser. 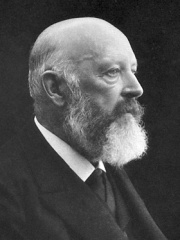 With an HPI of 69.87, Adolf von Baeyer is the 7th most famous German Chemist.  His biography has been translated into 73 different languages.

Johann Friedrich Wilhelm Adolf von Baeyer (German pronunciation: [ˈaːdɔlf fɔn ˈbaɪ̯ɐ] (listen); 31 October 1835 – 20 August 1917) was a German chemist who synthesised indigo and developed a nomenclature for cyclic compounds (that was subsequently extended and adopted as part of the IUPAC organic nomenclature). He was ennobled in the Kingdom of Bavaria in 1885 and was the 1905 recipient of the Nobel Prize in Chemistry. 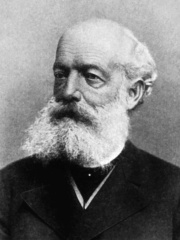 With an HPI of 69.45, August Kekulé is the 8th most famous German Chemist.  His biography has been translated into 58 different languages.

Friedrich August Kekulé, later Friedrich August Kekule von Stradonitz ( KAY-kə-lay, German: [ˈfʁiːdʁɪç ˈʔaʊɡʊst ˈkeːkuleː fɔn ʃtʁaˈdoːnɪts]; 7 September 1829 – 13 July 1896), was a German organic chemist. From the 1850s until his death, Kekulé was one of the most prominent chemists in Europe, especially in theoretical chemistry. He was the principal founder of the theory of chemical structure and in particular the Kekulé structure of benzene. 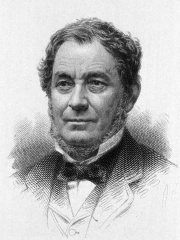 With an HPI of 68.63, Robert Bunsen is the 9th most famous German Chemist.  His biography has been translated into 71 different languages.

Robert Wilhelm Eberhard Bunsen (German: [ˈbʊnzən]; 30 March 1811 – 16 August 1899) was a German chemist. He investigated emission spectra of heated elements, and discovered caesium (in 1860) and rubidium (in 1861) with the physicist Gustav Kirchhoff. The Bunsen–Kirchhoff Award for spectroscopy is named after Bunsen and Kirchhoff.Bunsen also developed several gas-analytical methods, was a pioneer in photochemistry, and did early work in the field of organic arsenic chemistry. With his laboratory assistant Peter Desaga, he developed the Bunsen burner, an improvement on the laboratory burners then in use. 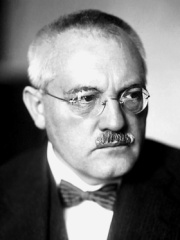 With an HPI of 68.21, Carl Bosch is the 10th most famous German Chemist.  His biography has been translated into 64 different languages.

Carl Bosch (German pronunciation: [kaʁl ˈbɔʃ] (listen); 27 August 1874 – 26 April 1940) was a German chemist and engineer and Nobel Laureate in Chemistry. He was a pioneer in the field of high-pressure industrial chemistry and founder of IG Farben, at one point the world's largest chemical company.

Pantheon has 98 people classified as chemists born between 1555 and 1987. Of these 98, 13 (13.27%) of them are still alive today. The most famous living chemists include Gerhard Ertl, Joachim Sauer, and Robert Huber. The most famous deceased chemists include Carl Wilhelm Scheele, Friedrich Wöhler, and Otto Hahn. As of April 2022, 8 new chemists have been added to Pantheon including Benjamin List, Adolf Mayer, and Otto Ambros.