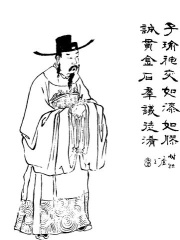 Zhuge Jin (174 – July or August 241), courtesy name Ziyu, was a Chinese military general and politician of the state of Eastern Wu during the Three Kingdoms period of China. Born in the late Eastern Han dynasty, Zhuge Jin started his career in the 200s as an official under the warlord Sun Quan, who later became the founding emperor of Eastern Wu in the Three Kingdoms period. In 215, he served as Sun Quan's representative in a territorial dispute over southern Jing Province between Sun Quan and his ally, Liu Bei. Read more on Wikipedia

Since 2007, the English Wikipedia page of Zhuge Jin has received more than 55,147 page views. His biography is available in 15 different languages on Wikipedia. Zhuge Jin is the 537th most popular military personnel (down from 491st in 2019), the 372nd most popular biography from China (down from 357th in 2019) and the 38th most popular Chinese Military Personnel.

Among military personnels, Zhuge Jin ranks 537 out of 1,466. Before him are Nicolaus von Below, Lautaro, Ernst Lindemann, Takeichi Nishi, Doc Holliday, and Hisaichi Terauchi. After him are Jean-Charles Pichegru, Gaston of Foix, Duke of Nemours, Kirill Moskalenko, Pavel Nakhimov, Jean-Mathieu-Philibert Sérurier, and Callimachus.