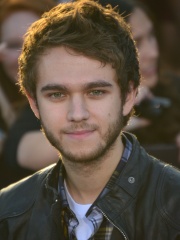 Anton Zaslavski (Russian: Антон Заславский; born 2 September 1989), known professionally as Zedd (), is a Russian-German DJ and music producer. Zedd grew up and began his musical journey in Kaiserslautern, Germany. His stage name, Zedd, was derived from zed, the English pronunciation, barring American English, for the first letter of his surname, Z. In 2012, he released "Clarity" (featuring Foxes), which propelled him to mainstream success, reaching the 8th position on the Billboard Hot 100 and earning him a Grammy for Best Dance Recording at the 56th Grammy Awards. Read more on Wikipedia

Page views of Zedds by language

Among MUSICIANS In Russia